DCI got the call to head up to Connecticut late Thursday night before the blizzard.  I packed up all my Gore-Tex shells, boots, and warm clothes, tossed a show shovel into the truck and headed north.

Our coverage began early the next afternoon, as the snow began to come down heavily. 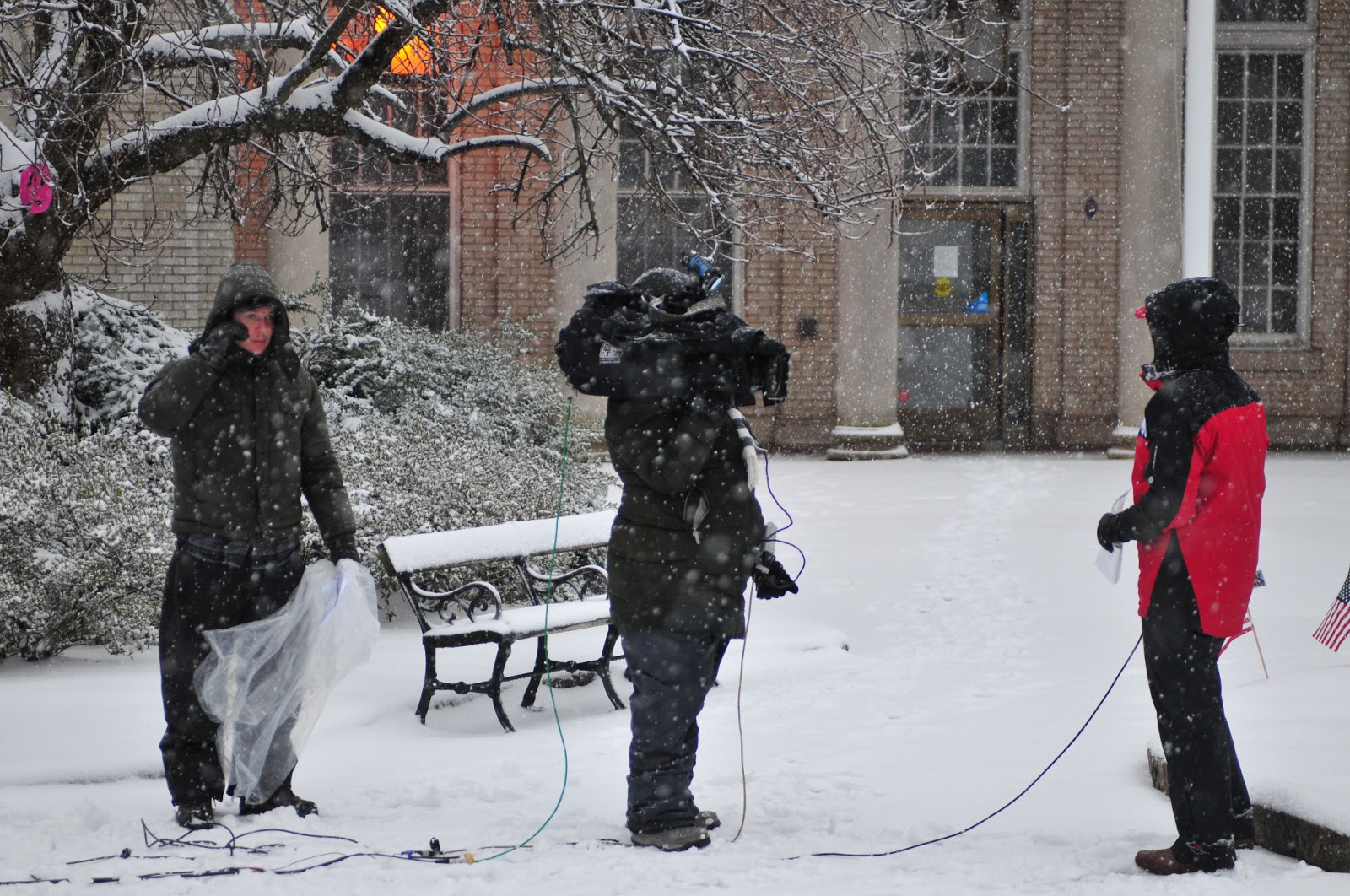 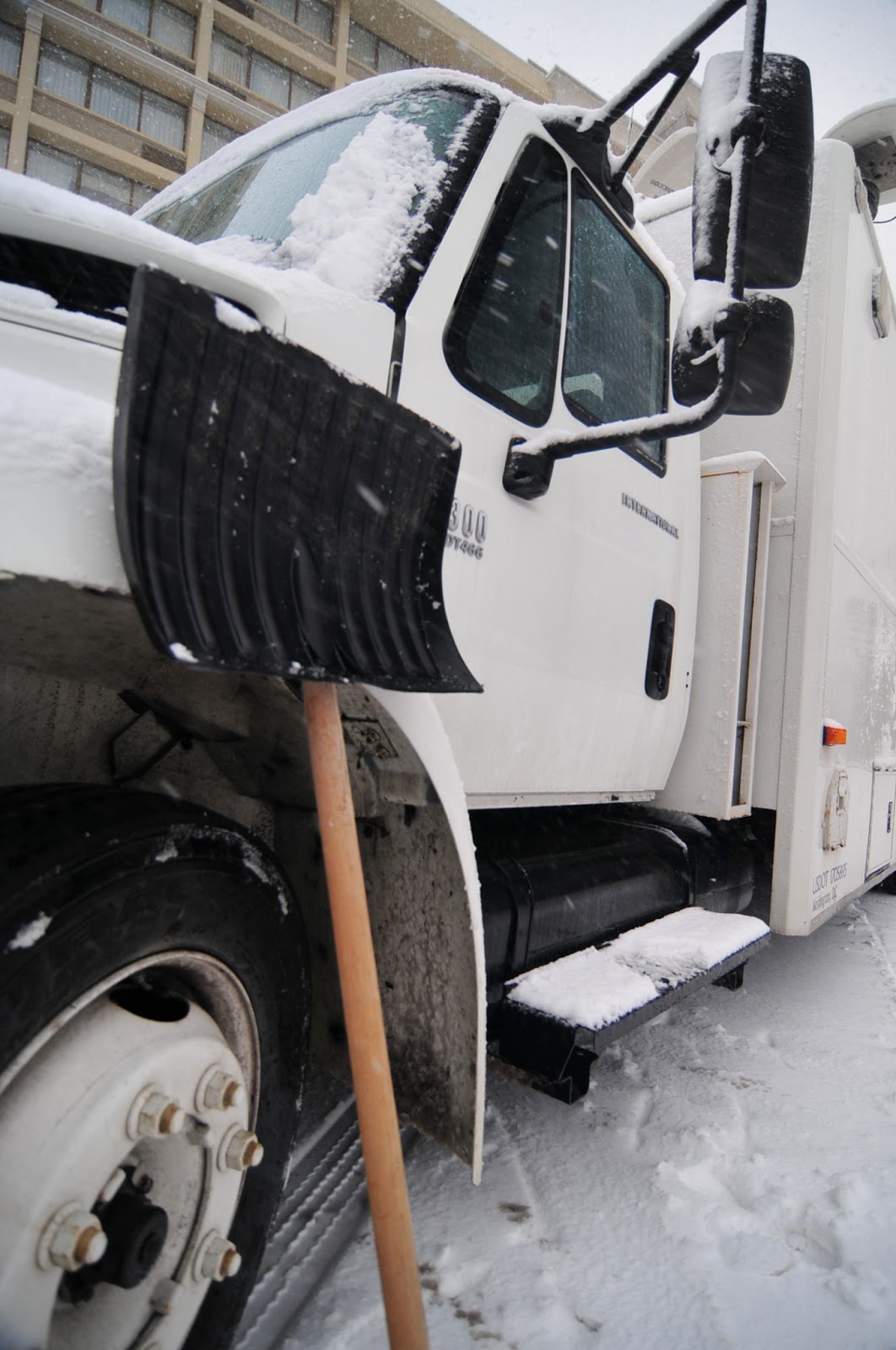 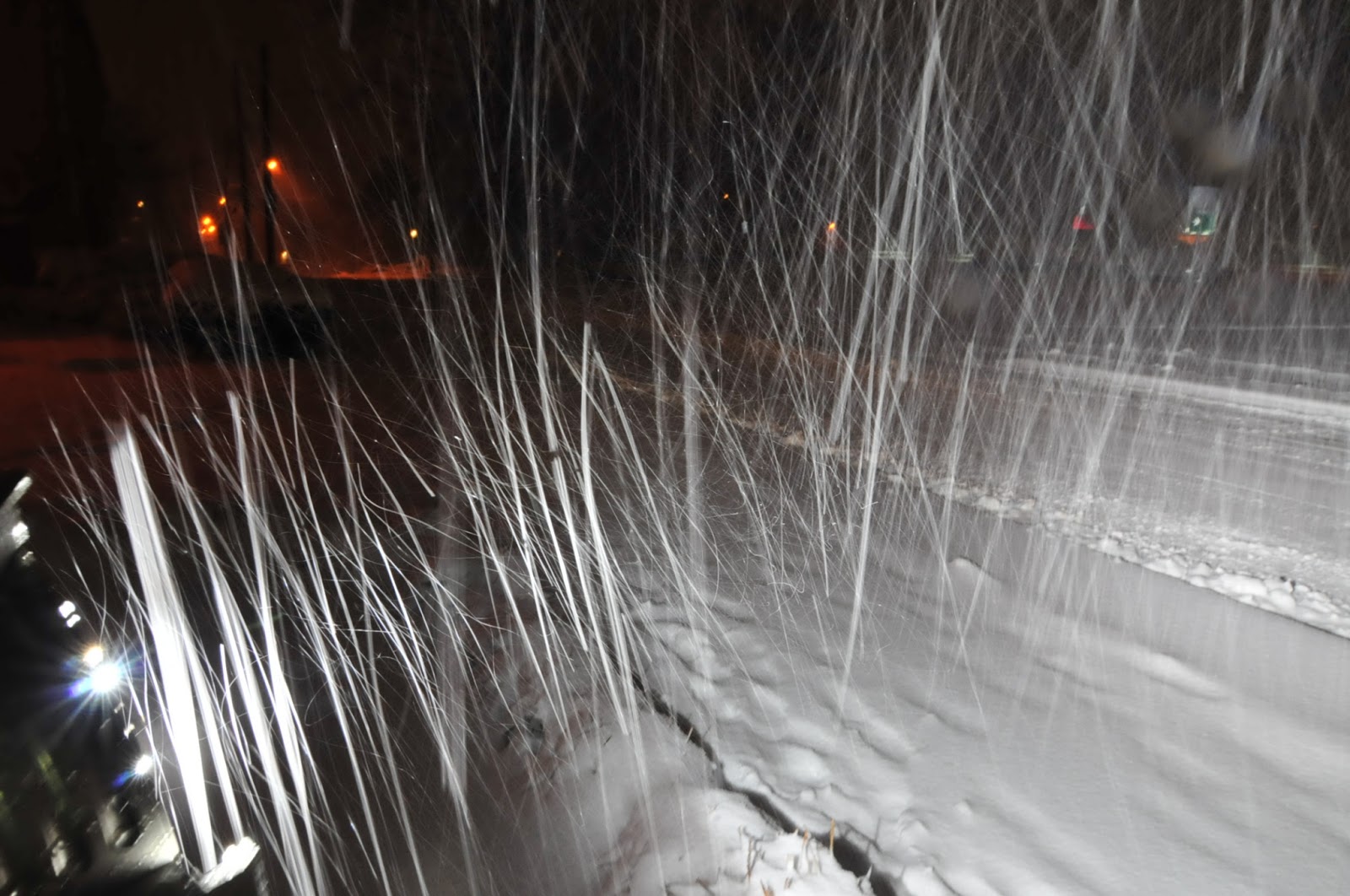 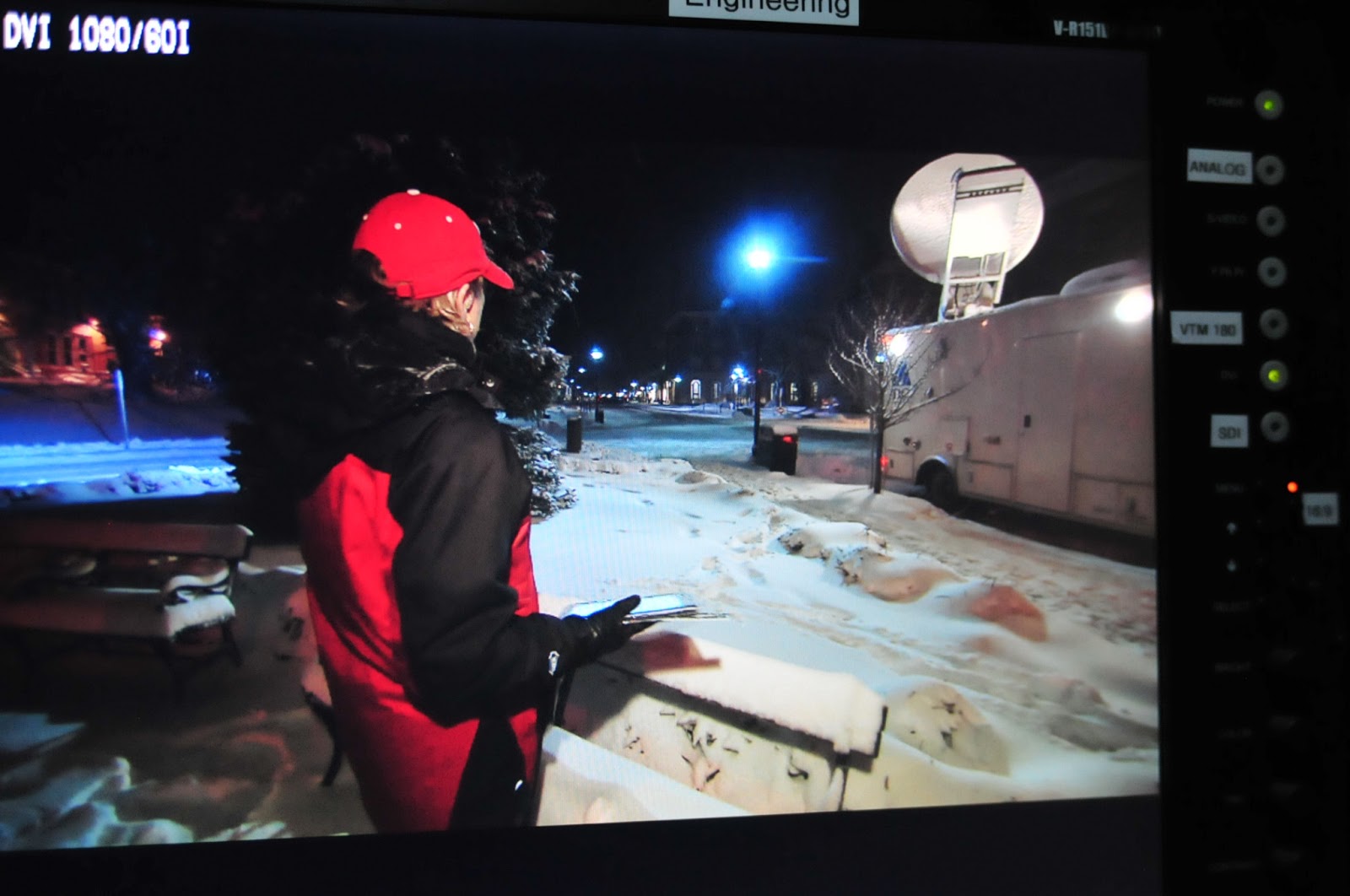 We set up next to the center of town in Norwalk, CT and went live until midnight. 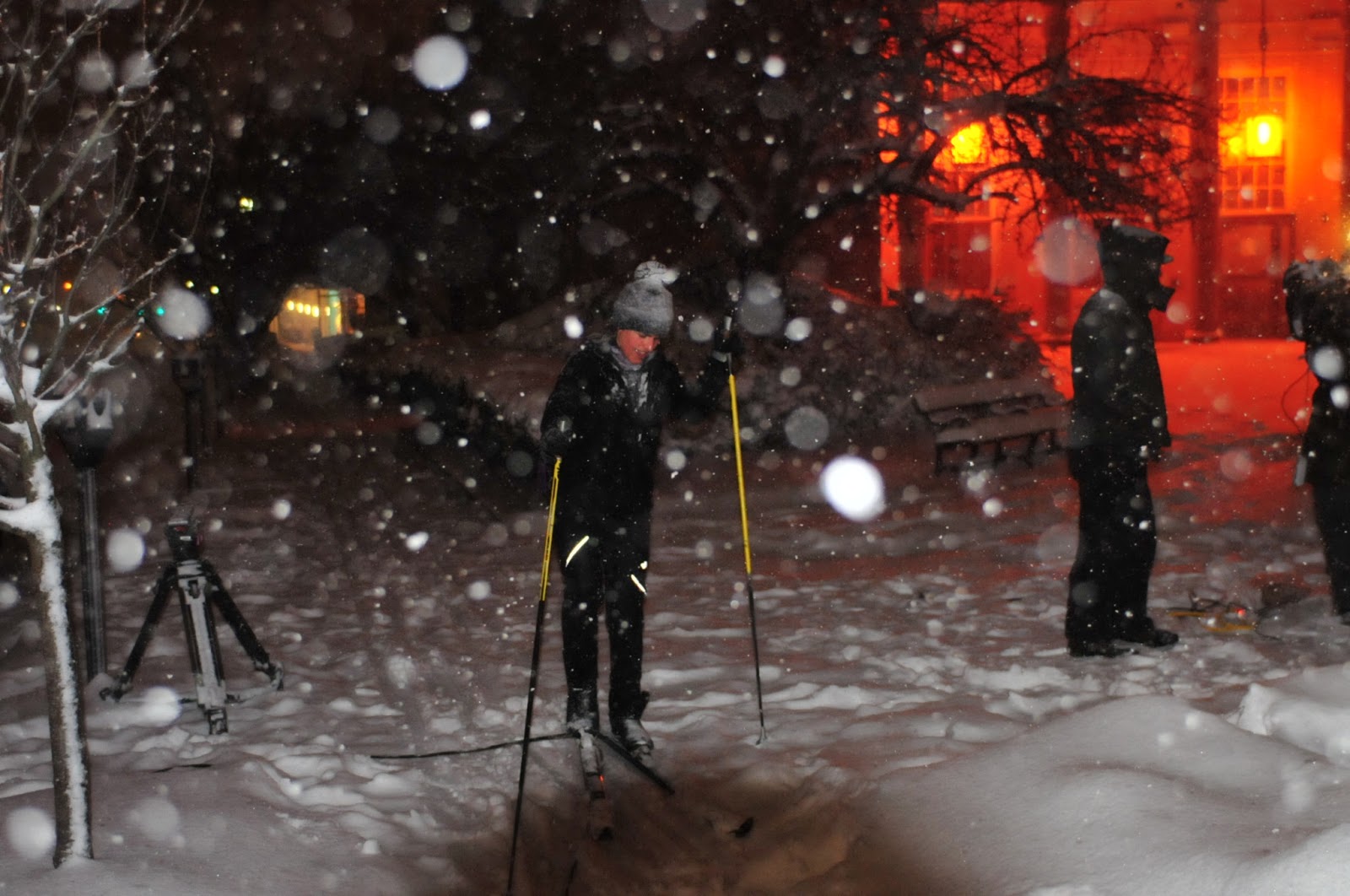 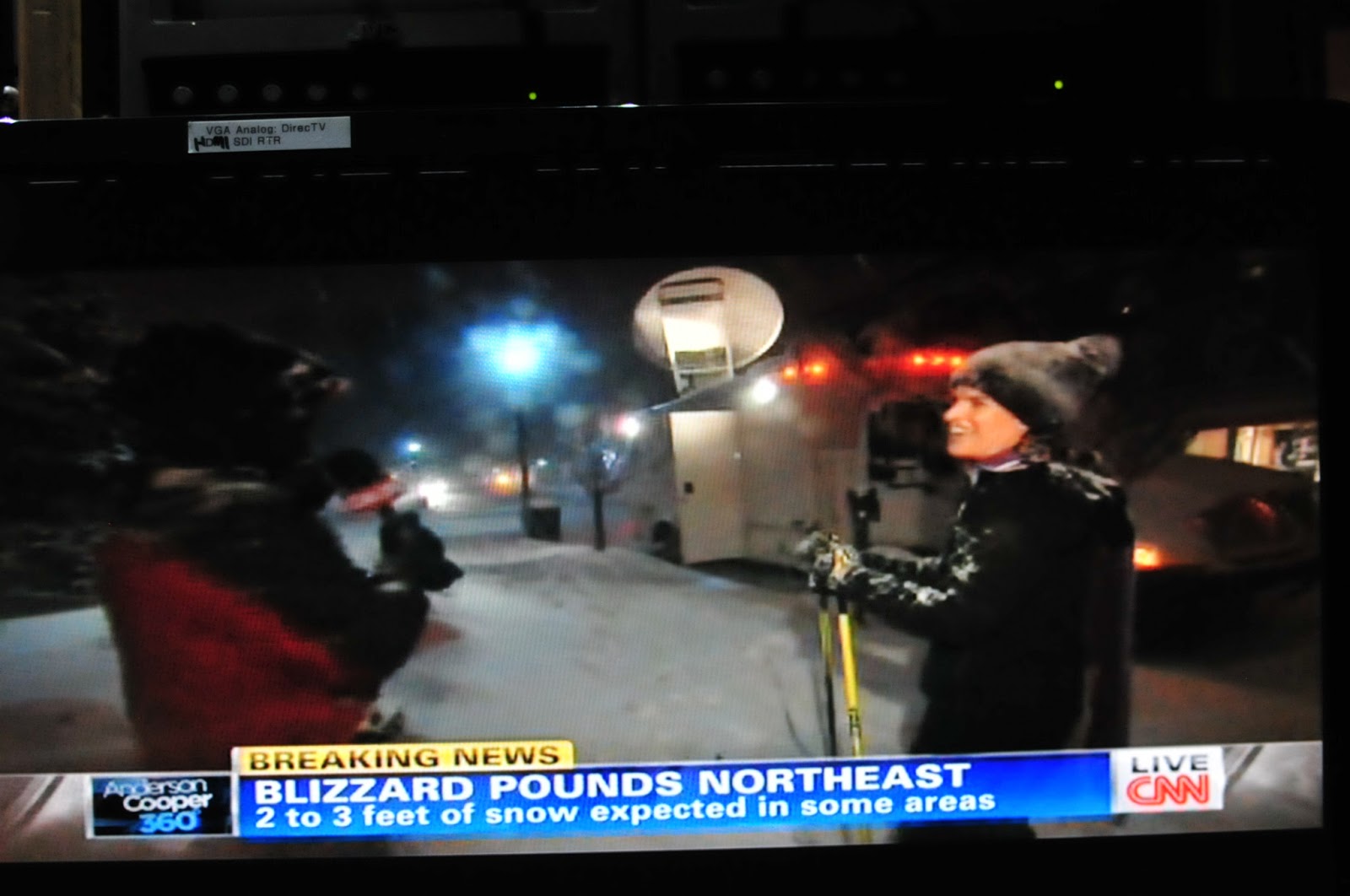 Cleaning the 2.4m reflector is necessary to keep the signal strong. 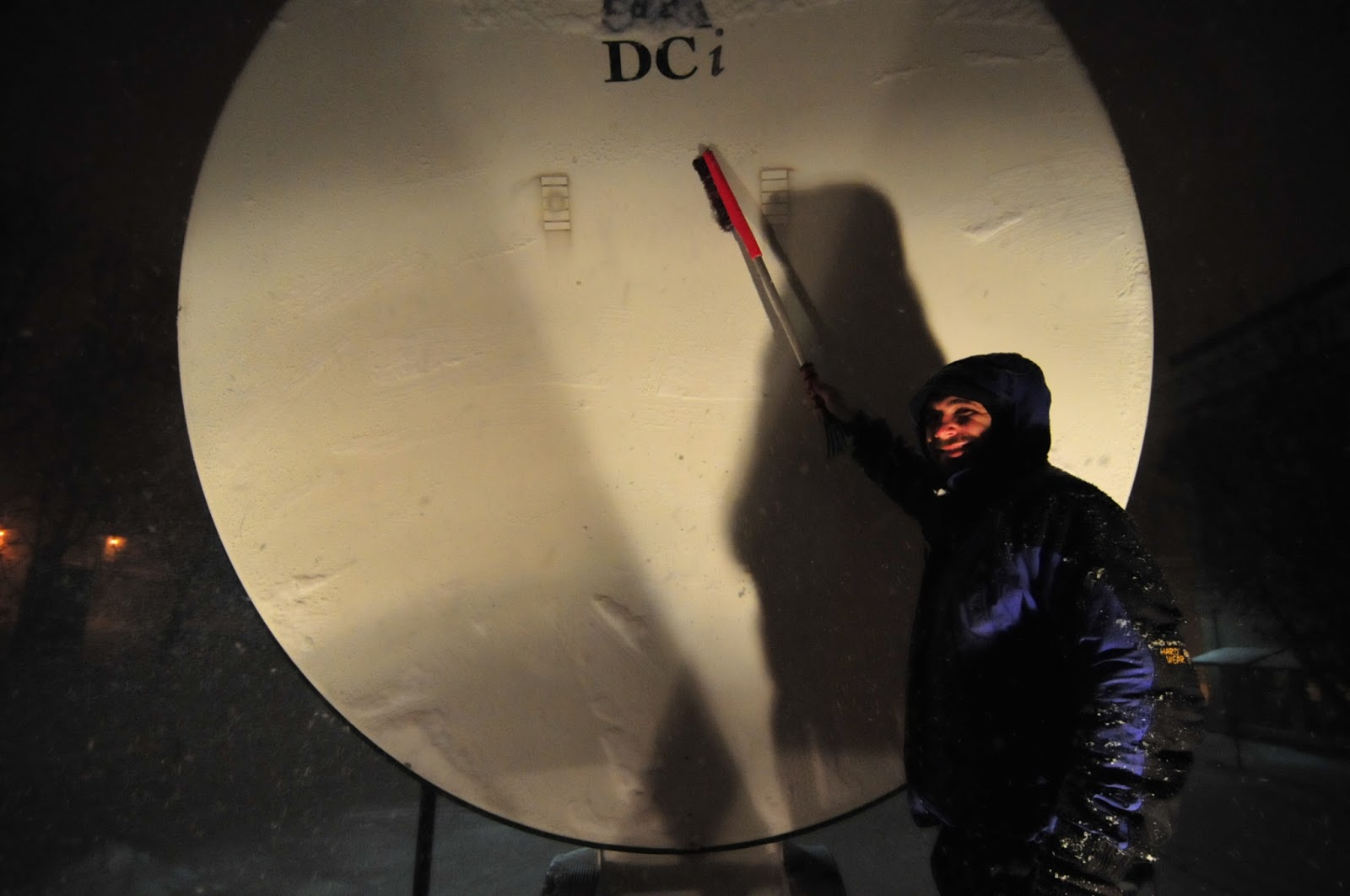 I headed to the hotel and had to dig the truck out after getting stuck.  The next morning we headed east toward the areas that were buried under almost 40″ of snow.  We only made it to Fairfield before the highway became impassable. 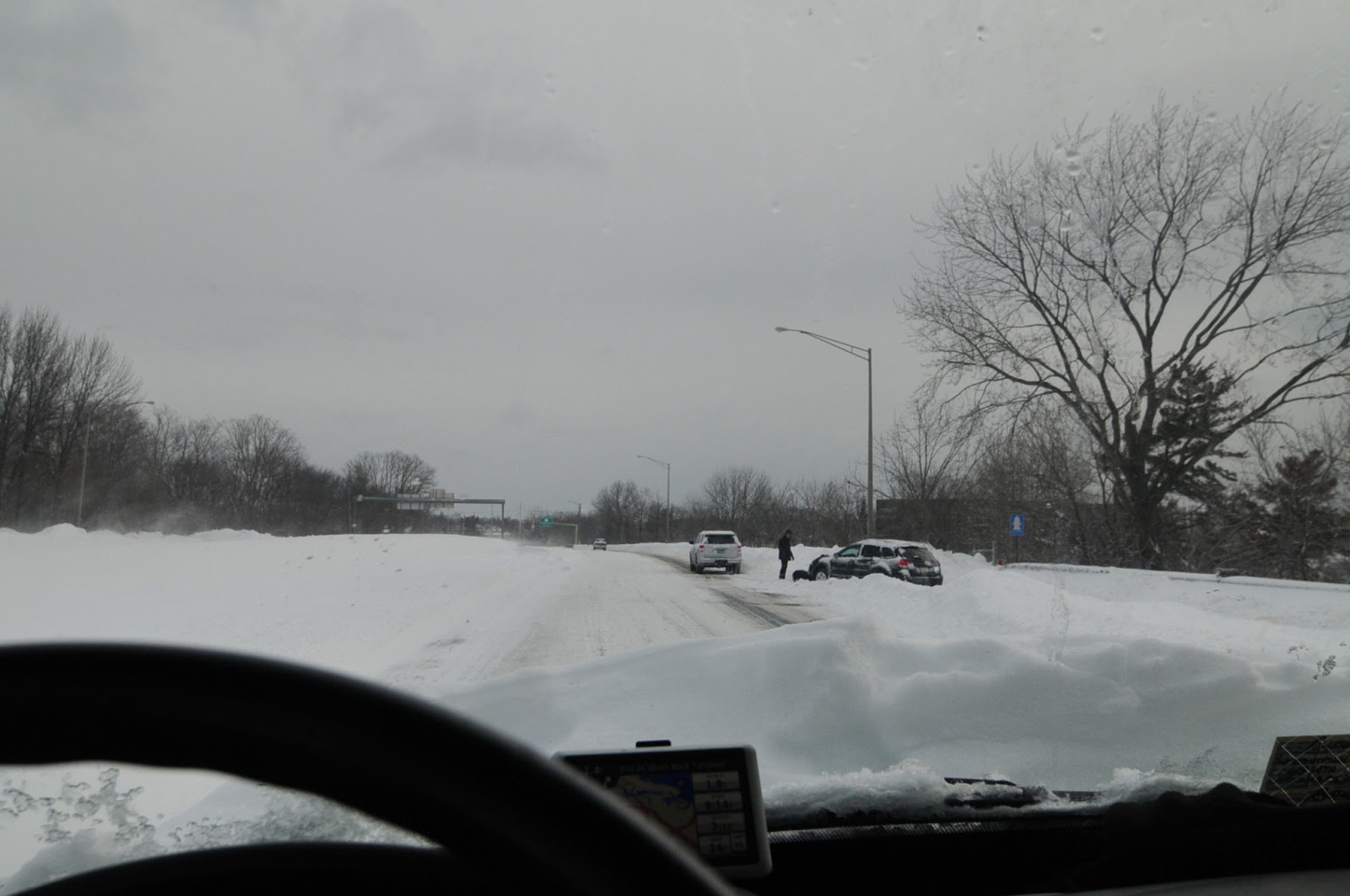 Our next live shot was at a gas station next to I-95 where people who had spent the night stranded in their vehicles were finally making their way off the interstate to fill up their tanks and continue on their way, along with an army of plow-toting pickup trucks.  The entrance to this gas station was not wide enough for the truck, so we spent a half hour digging it out so we could get in the lot. 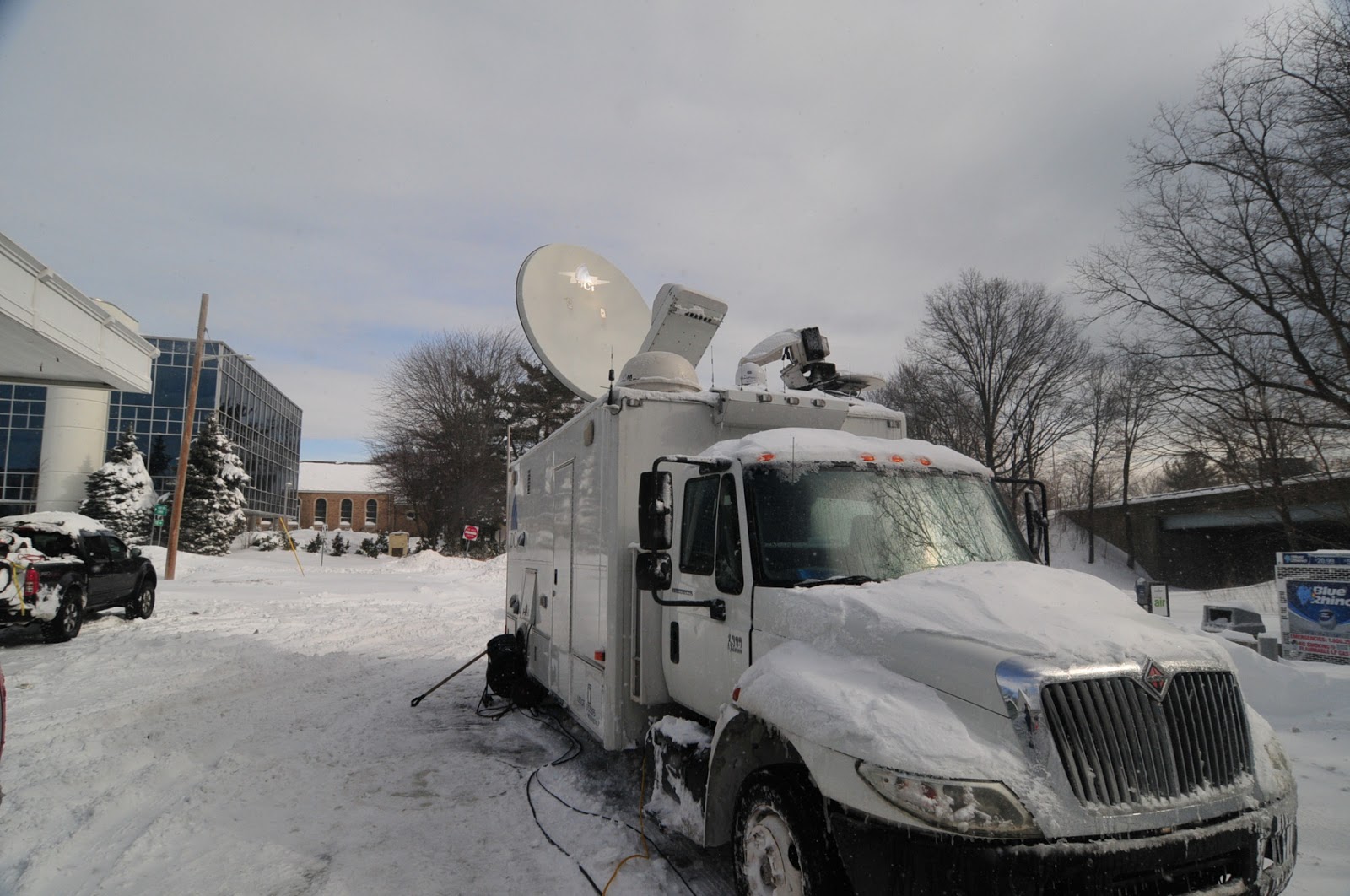 We helped free several non- 4×4 vehicles that were spinning out in the parking lot.  Unfortunately, the trusty shovel snapped while trying to break up ice under one car. 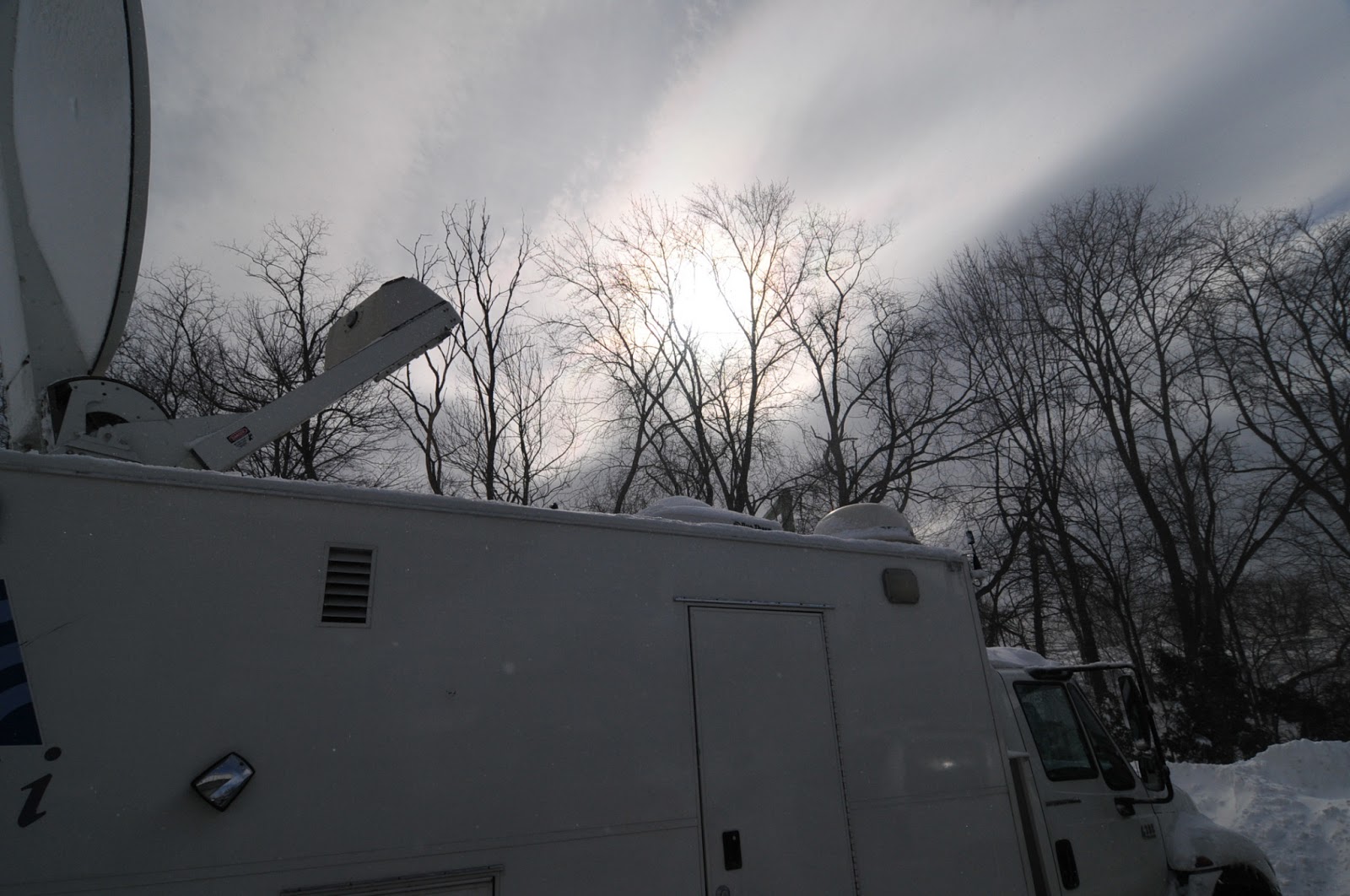 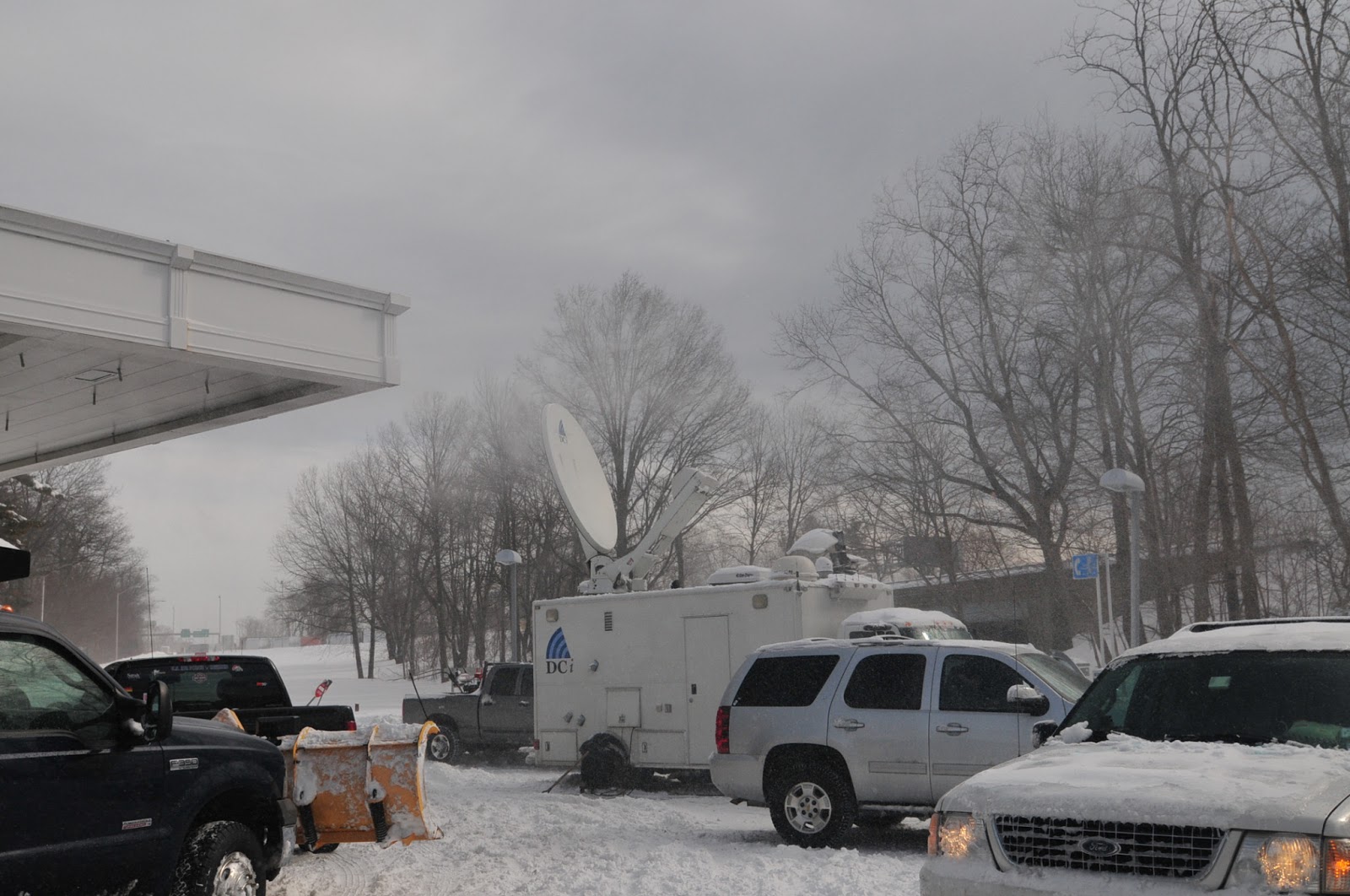 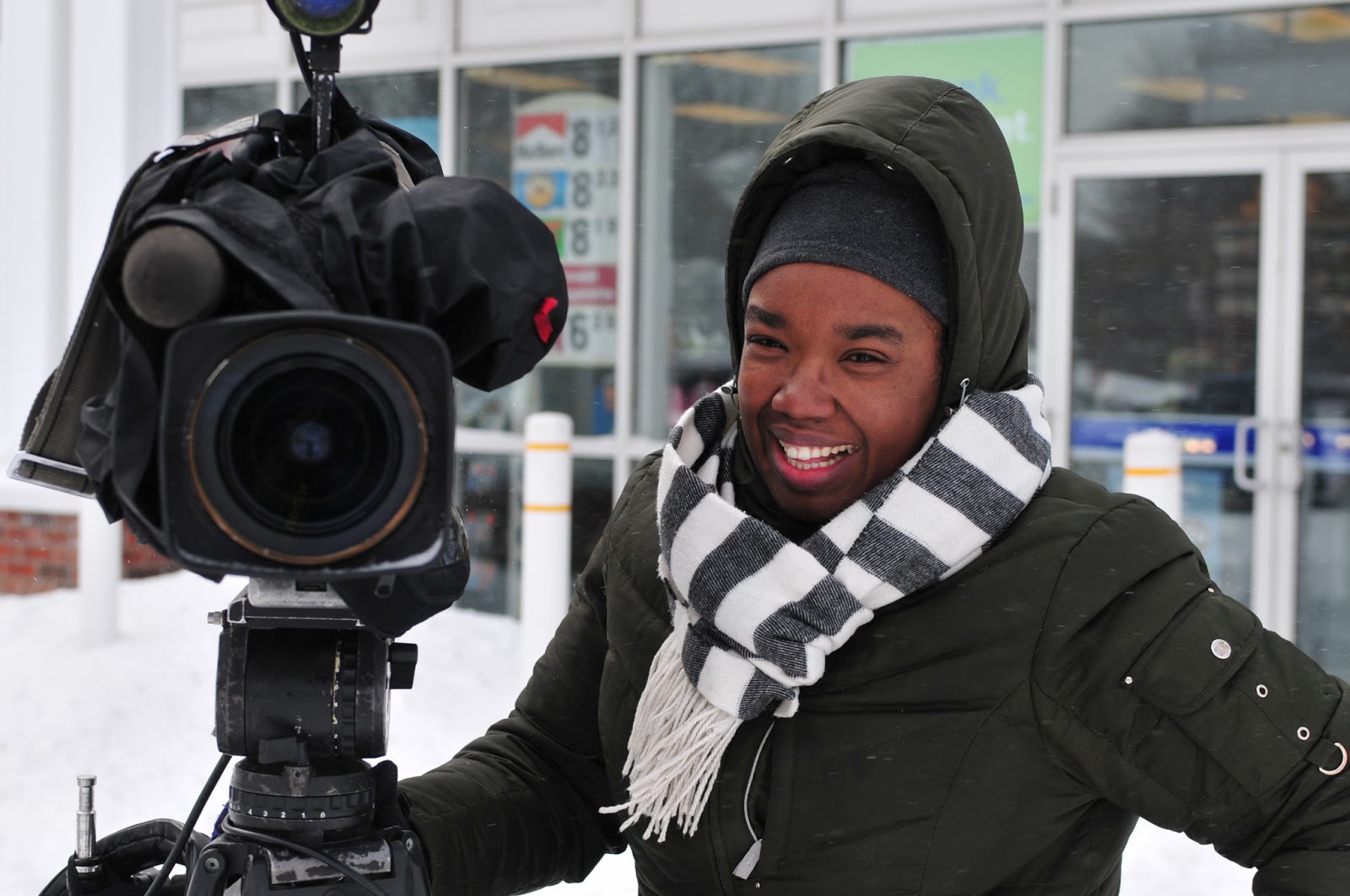 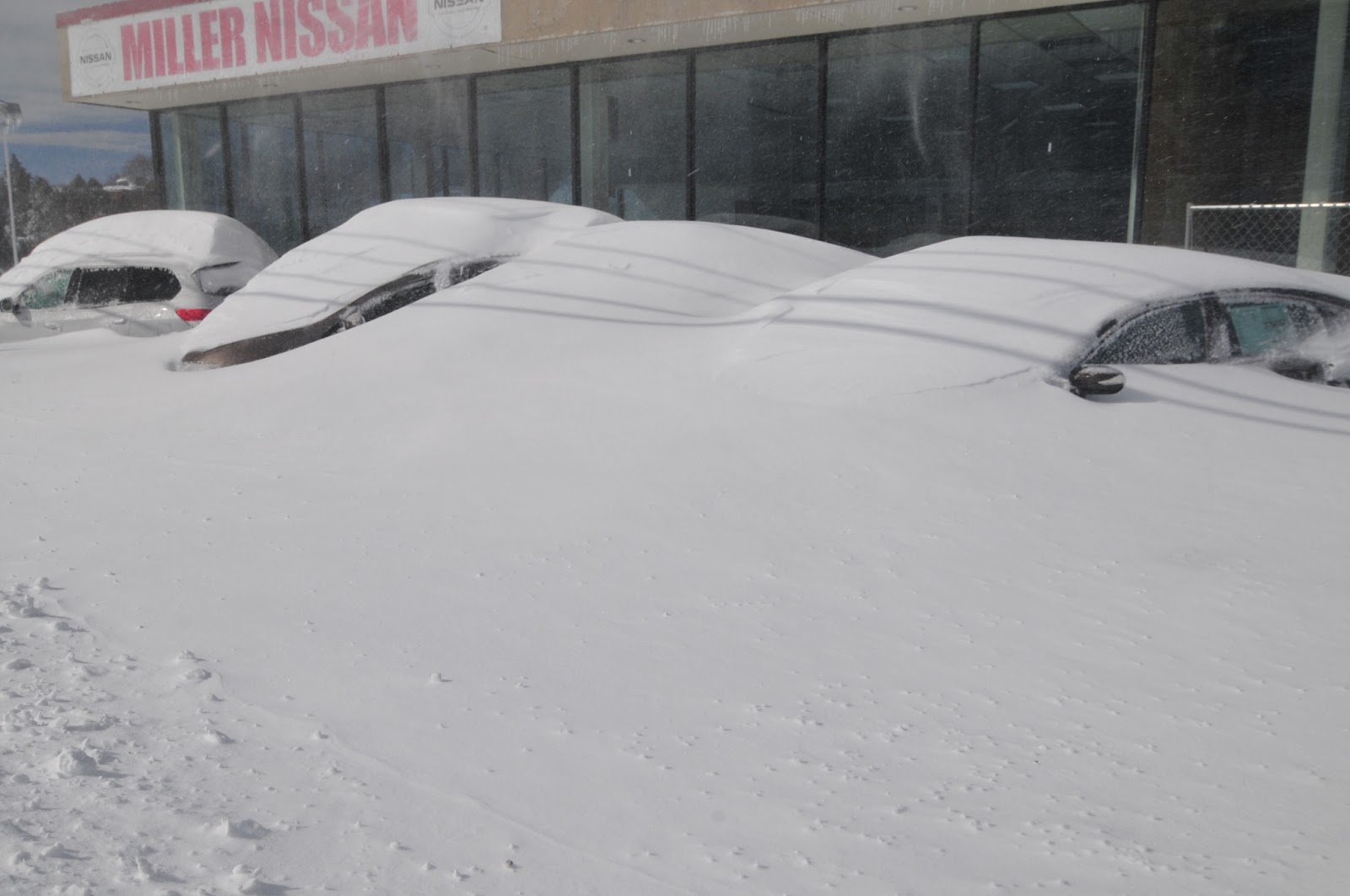 A car dealership across the street was barely recognizable. 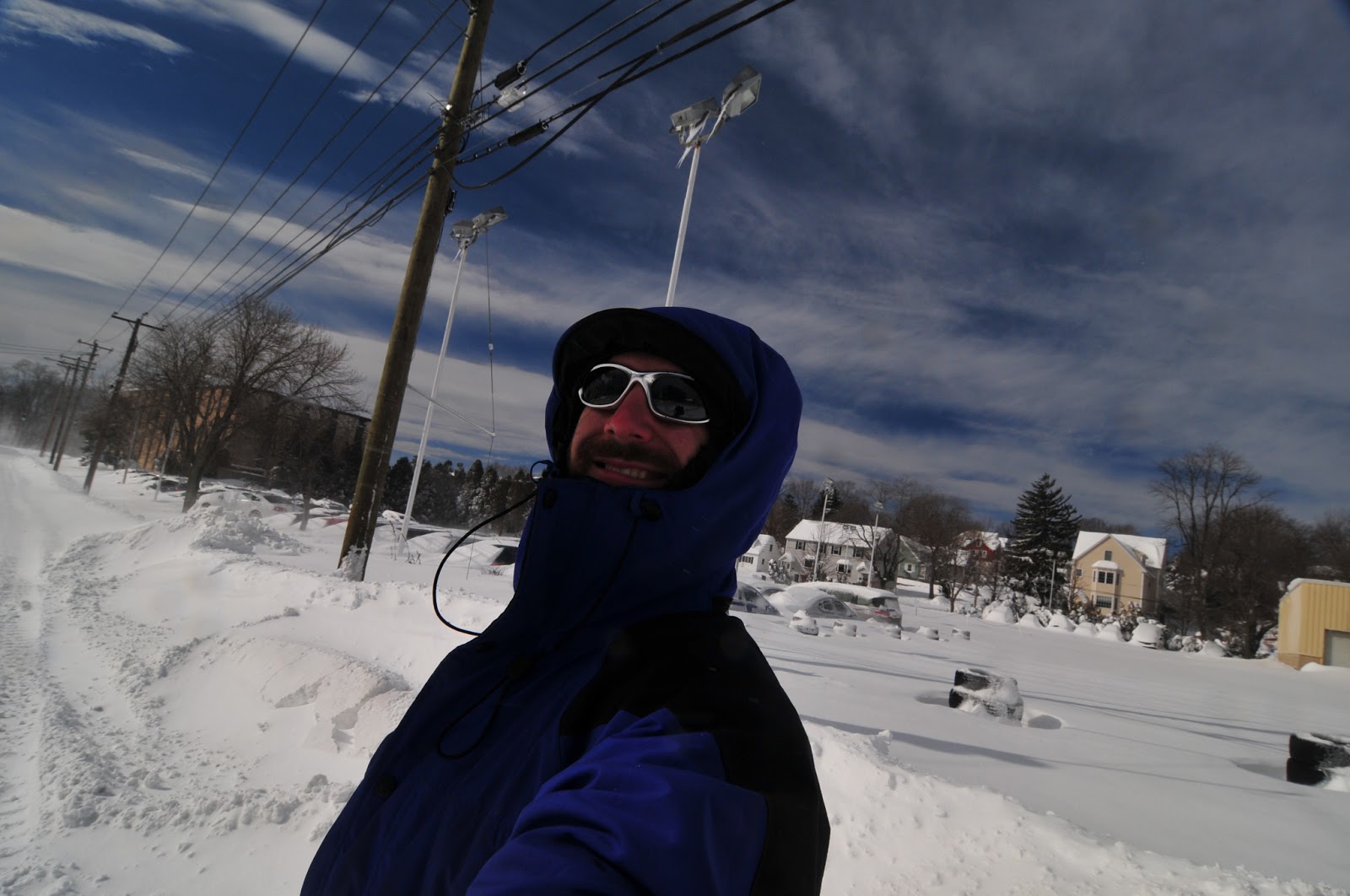 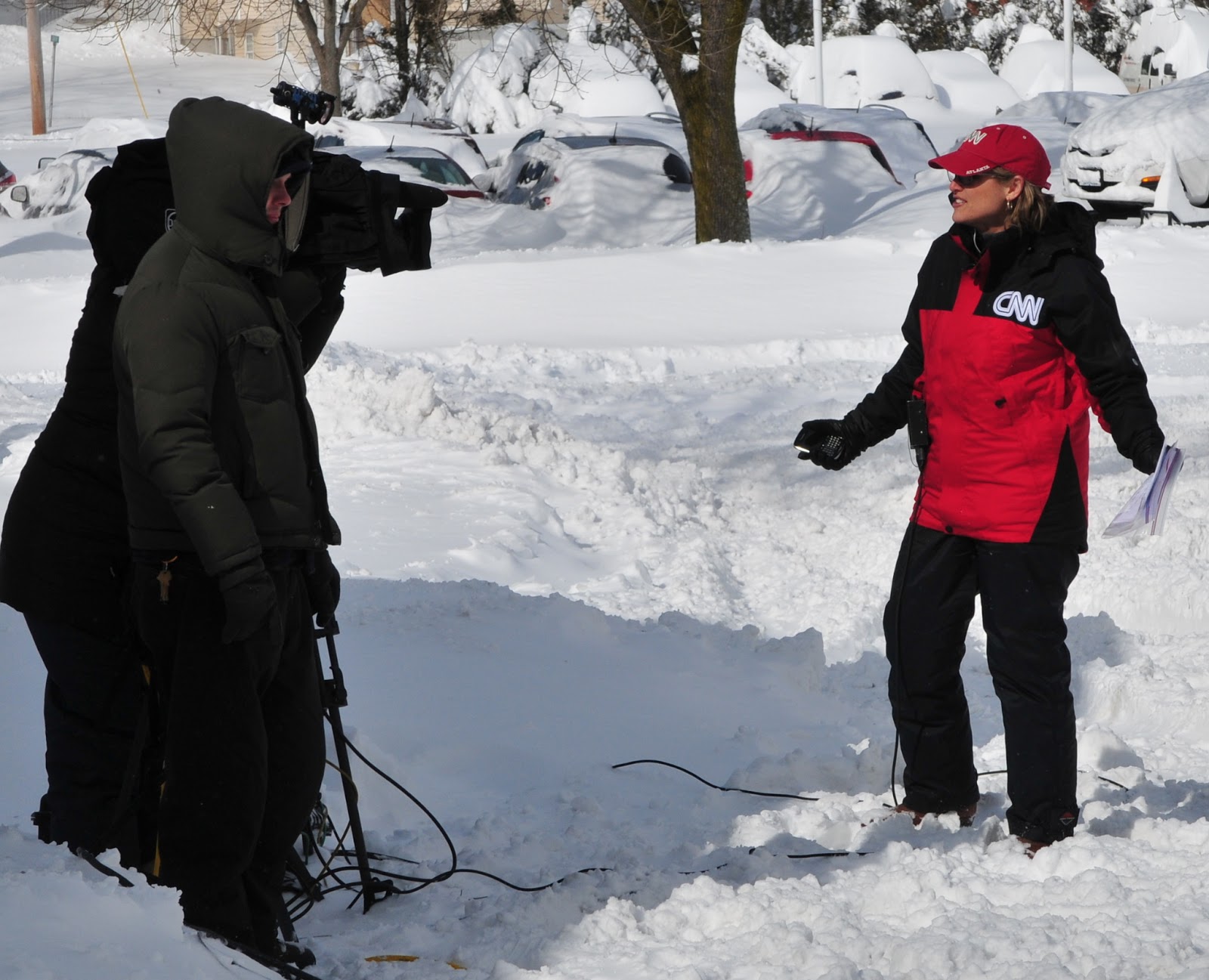 After Fairfield was goodnighted, I had a difficult approach back on the highway; both sides of the truck were dragging on the snow banks on the entrance ramp, which I think was plowed by a pickup truck.  Luckily the truck had enough momentum to push through and get on the road.  The next location was Central Park, NY for the next day. 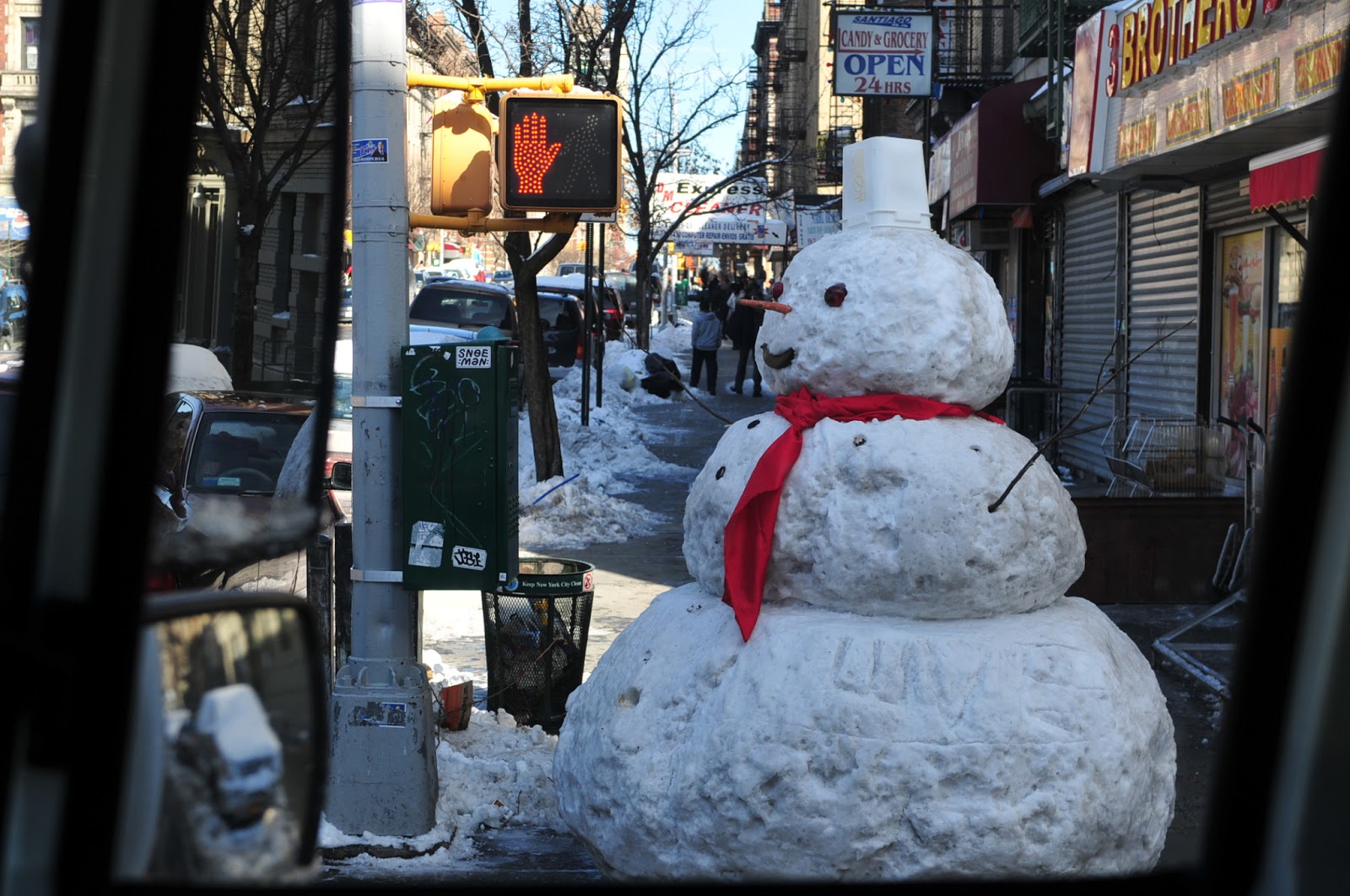 While driving downtown, I spotted this 8′ snowman on a Harlem street corner. 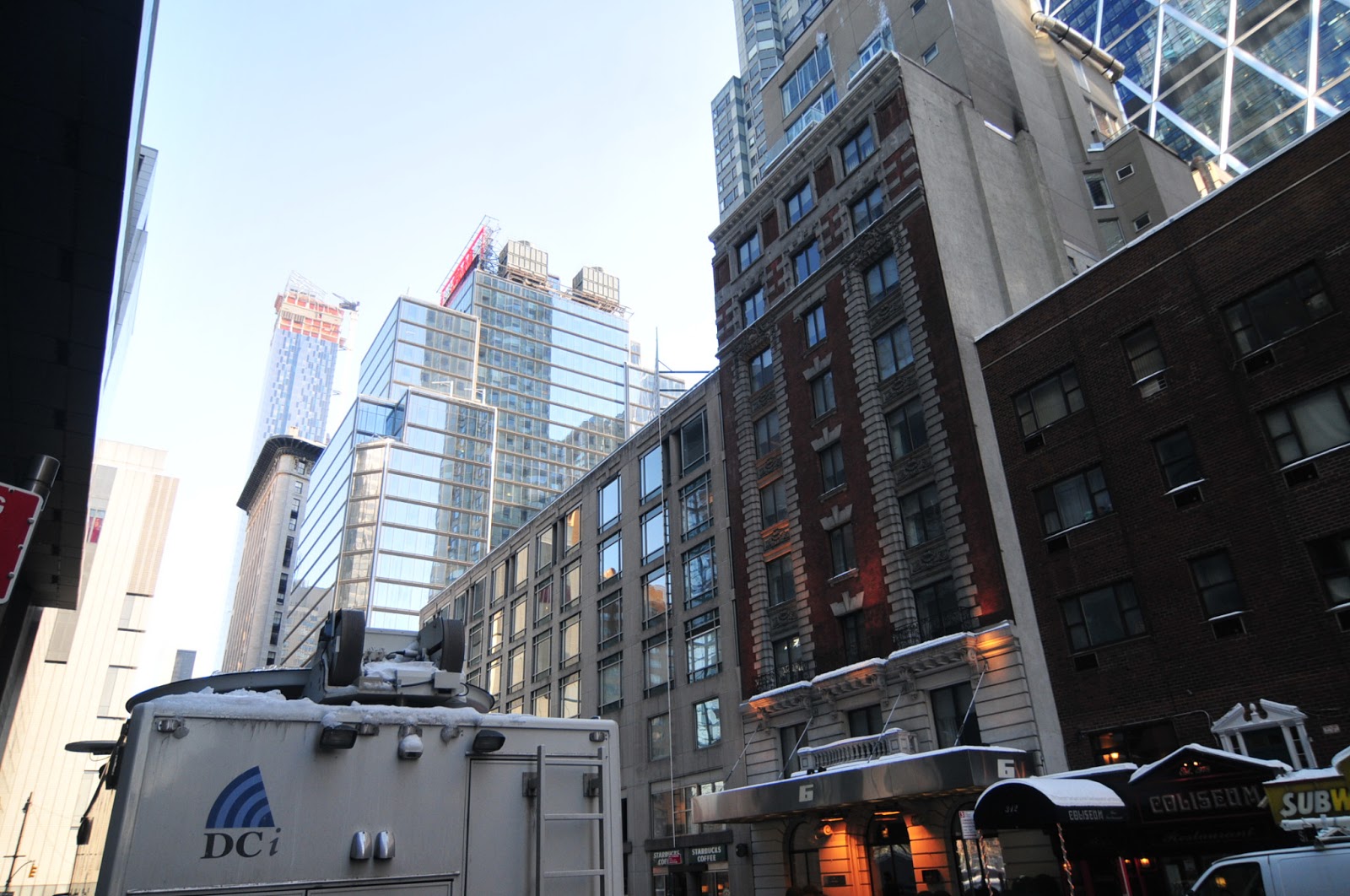 DCI HD1 truck parked outside the Turner Center in Midtown. 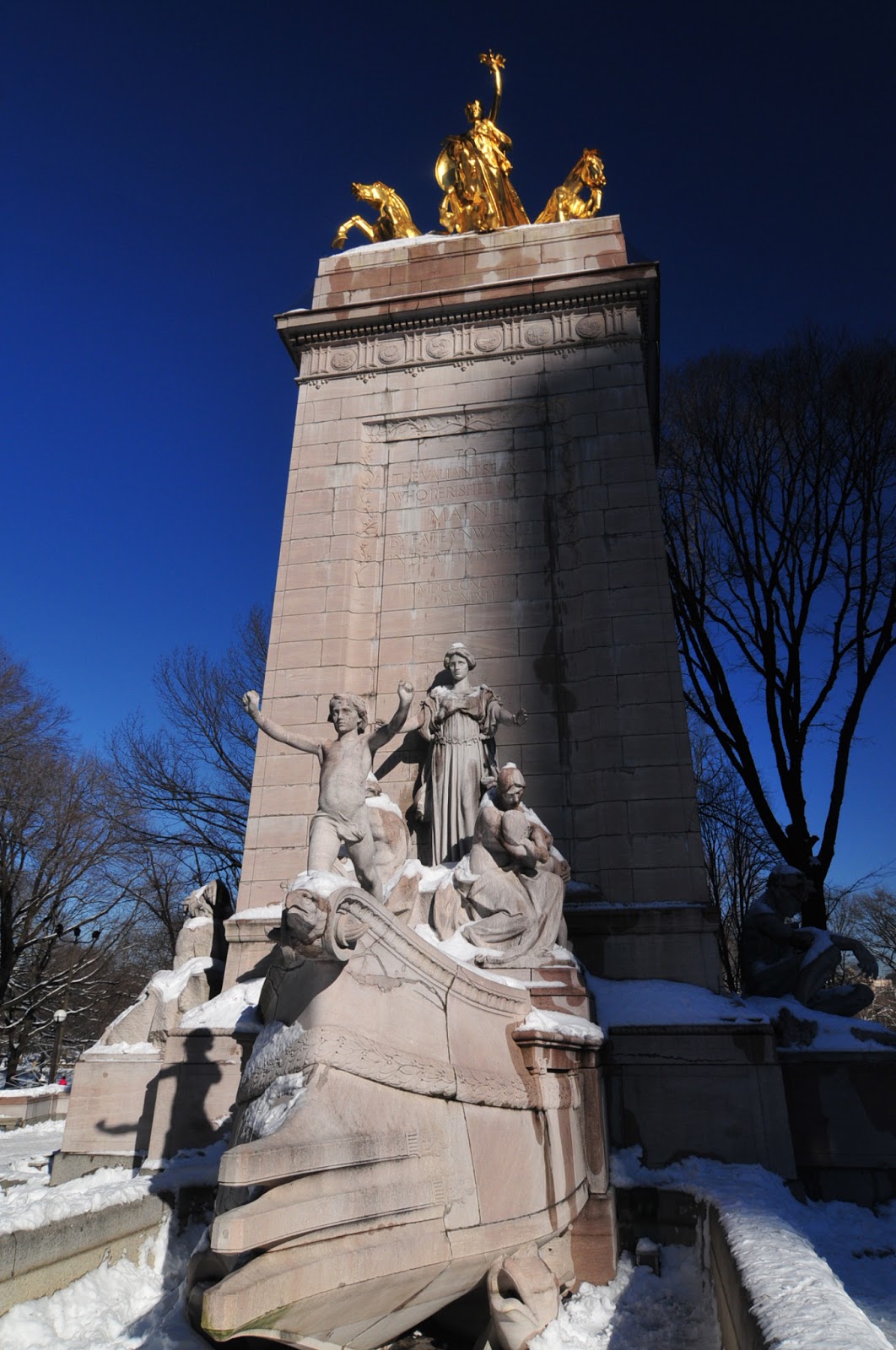 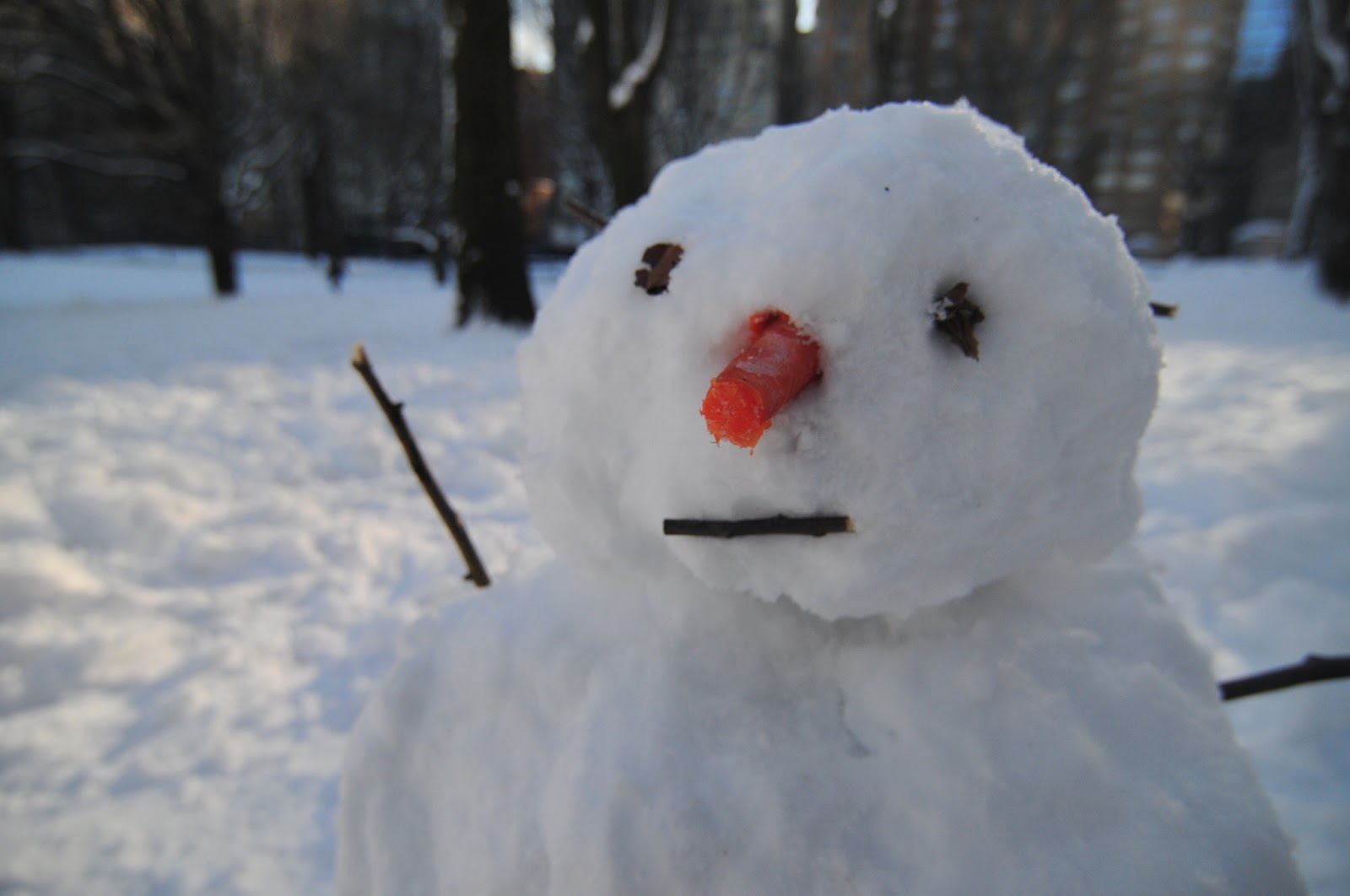 One of several dozen small snow creatures built by New Yorkers after the storm. 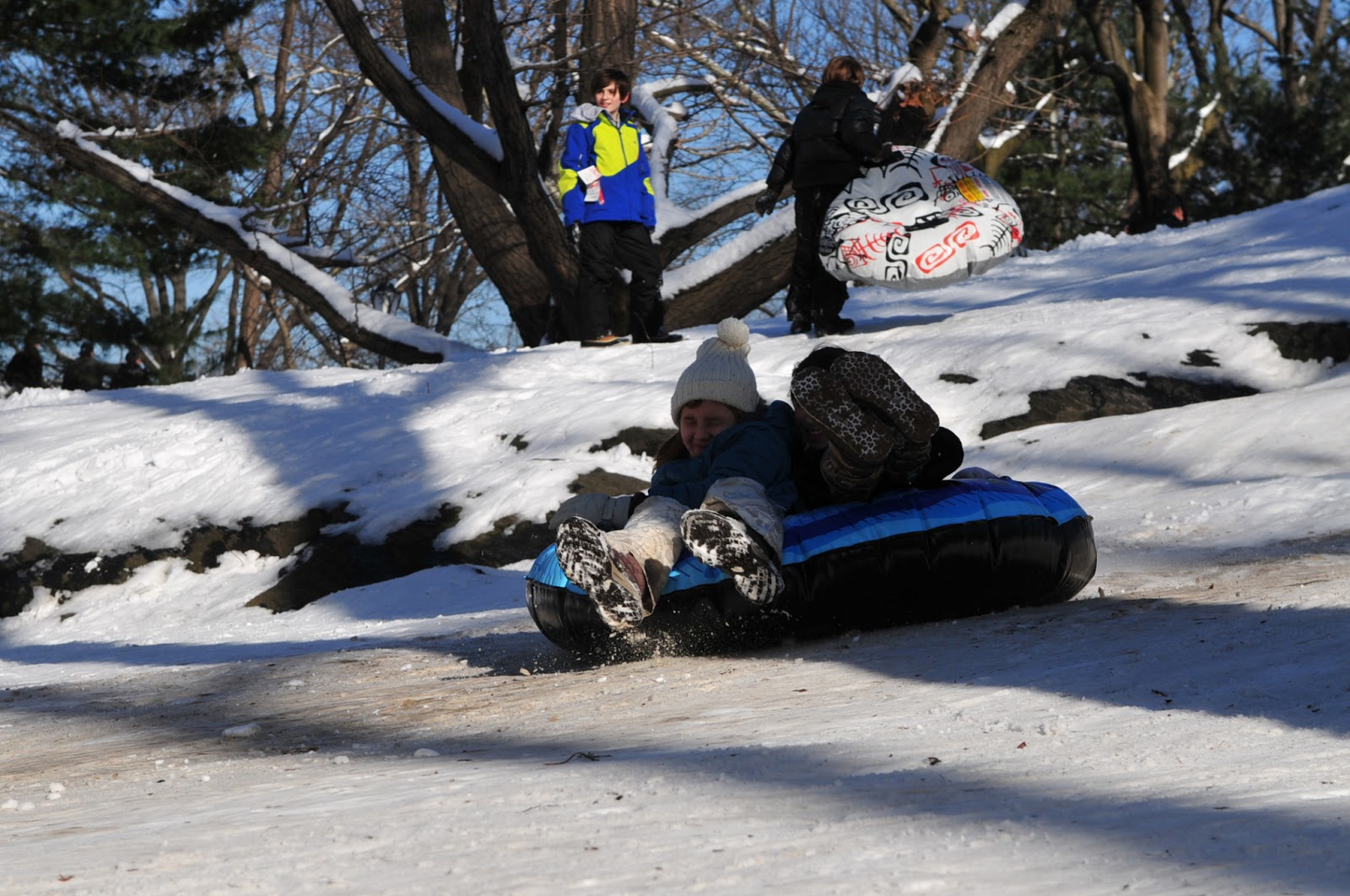 People were sledding on every possible incline in the park. 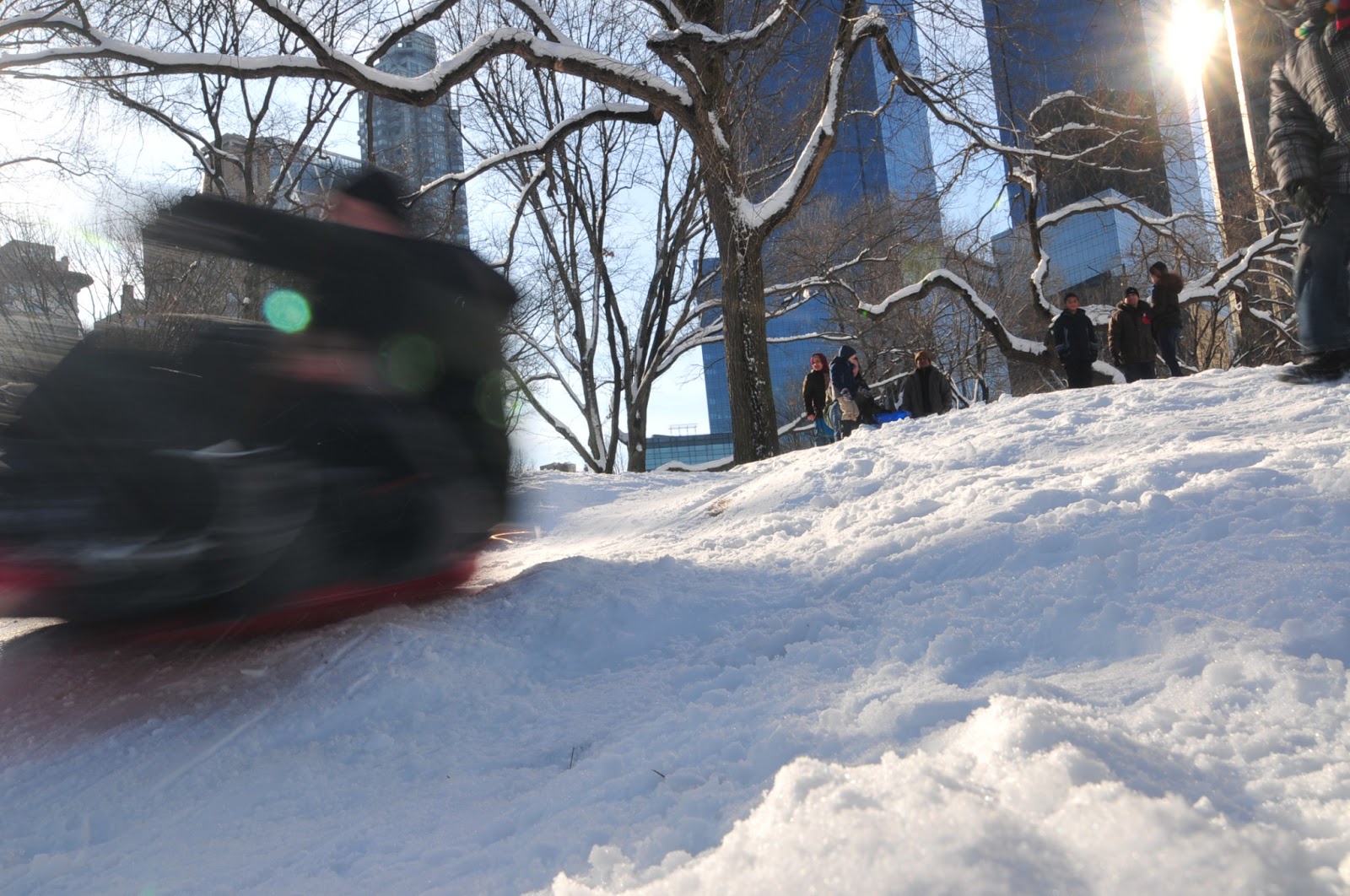 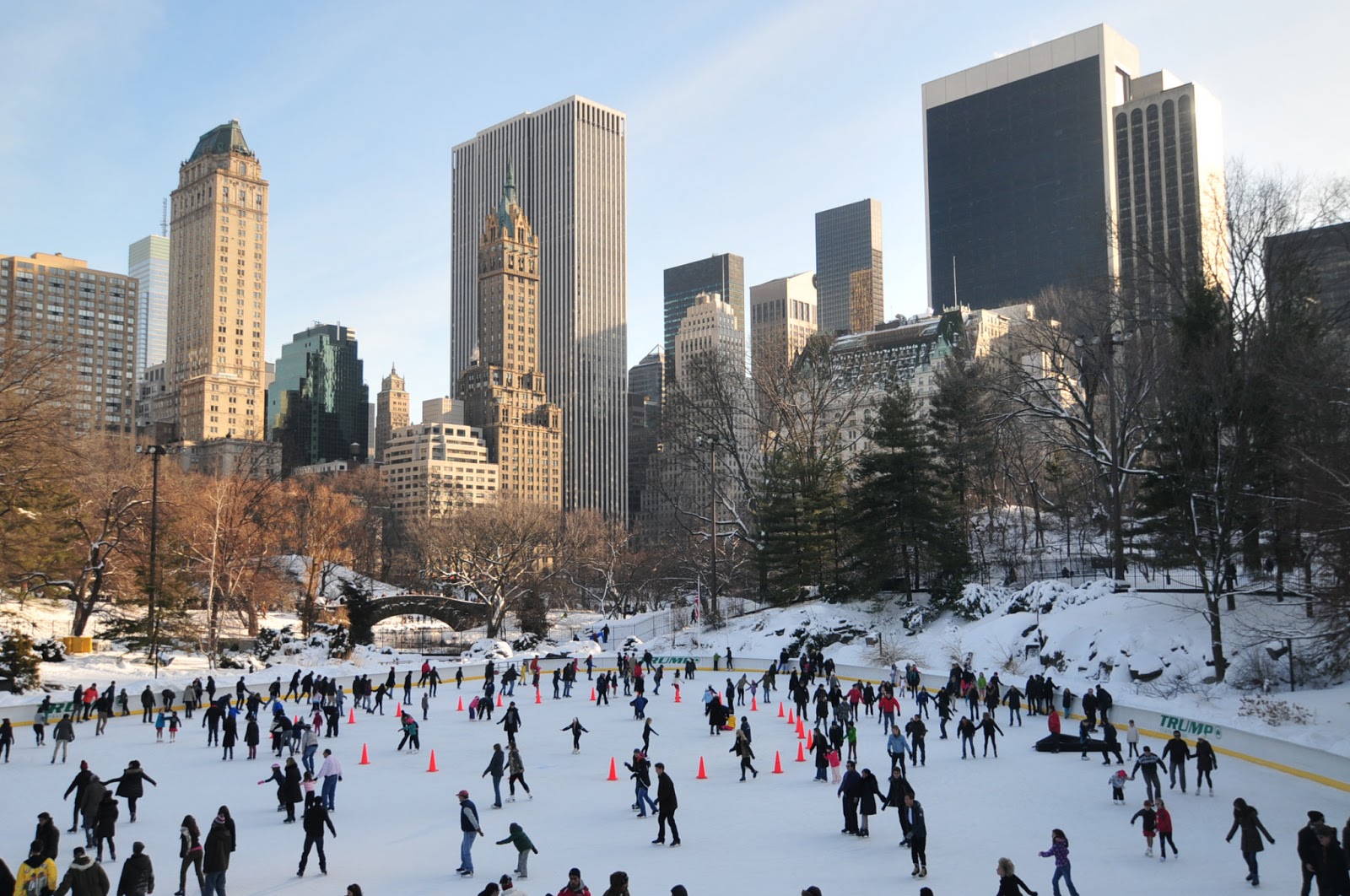 A group of kids toss snowballs on people walking beneath. 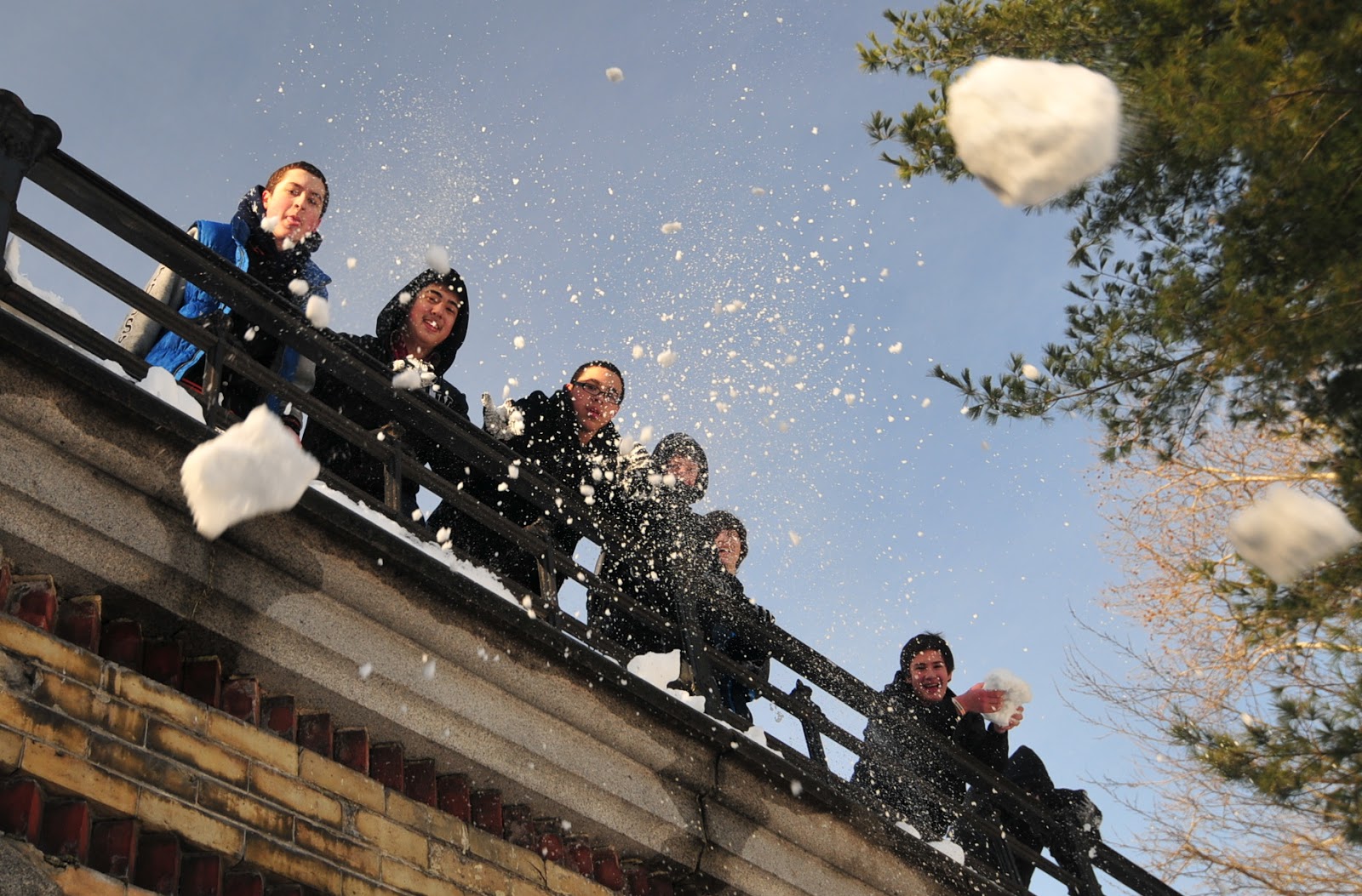 Both of DCI’s uplink trucks were covering this storm.  Contact DCI for more information on our field newsgathering services and teleport.