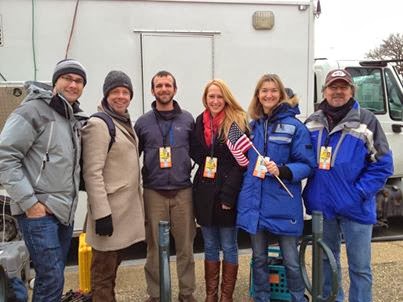 Another year comes to a close and it was another busy one at DCI.  We added 3 new passport stamps this year- Venezuela, Argentina and Turkey at the Syrian border, as well some industry firsts, including live surgery in 3D.  We also closed out the year with some exciting new upgrades- ESPN certification for our satellite truck and a custom-designed flyaway based on a former military comms antenna.  Here’s a look back over 2013:

January- Inauguration parade coverage:  DCI has been involved in the inauguration parades since our founding in 1986.  This year we provided a roaming camera and satellite uplink for German network ZDF (who walked the length of the mall twice trying to find the media entrance!).

We also had a live shot position in the Inaugural ballroom. 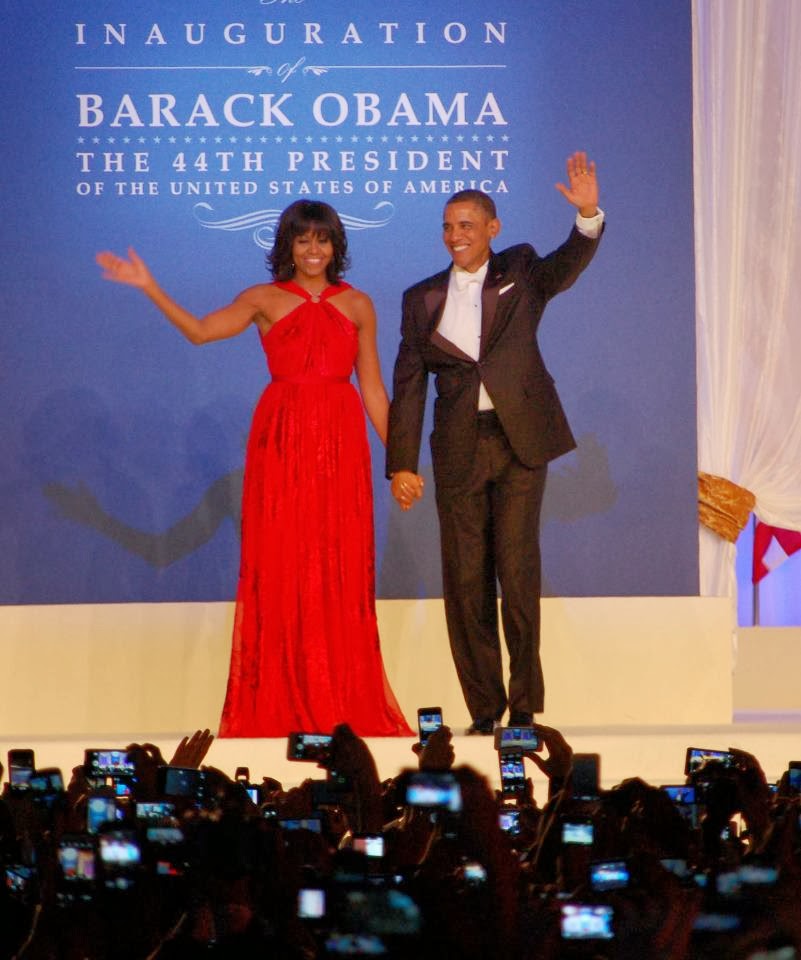 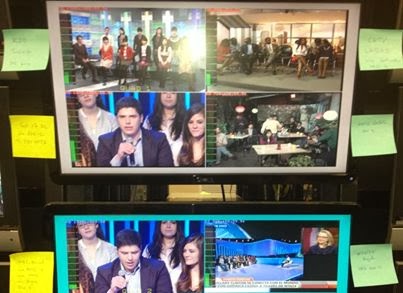 February- Blizzard!:  New England got hit with 30 inches of snow and we were there in Connecticut to get buried under it while working for CNN. 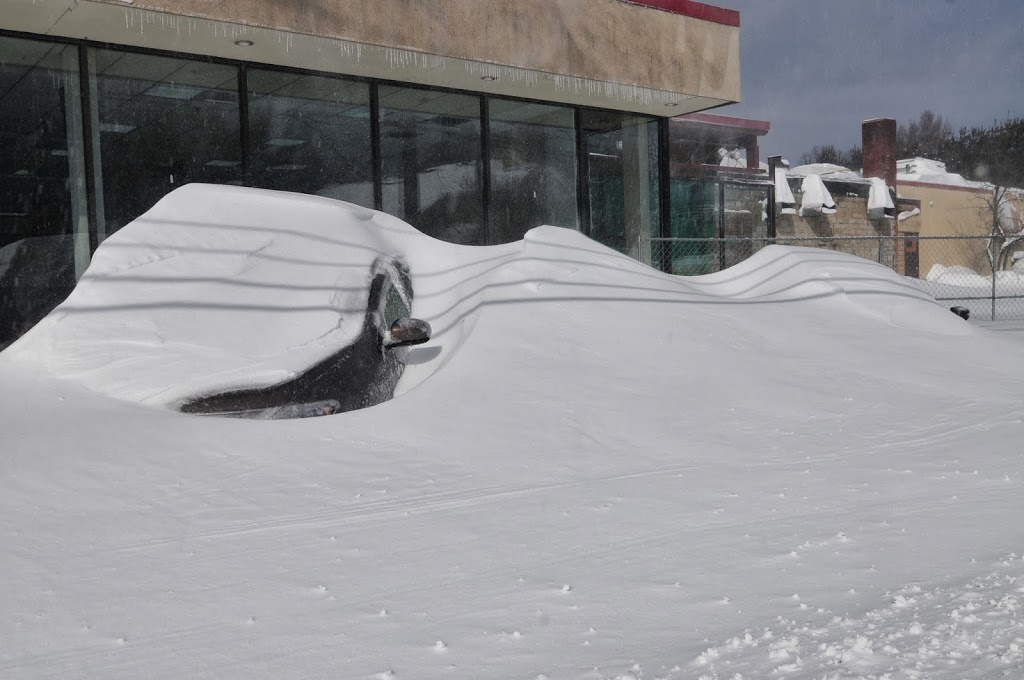 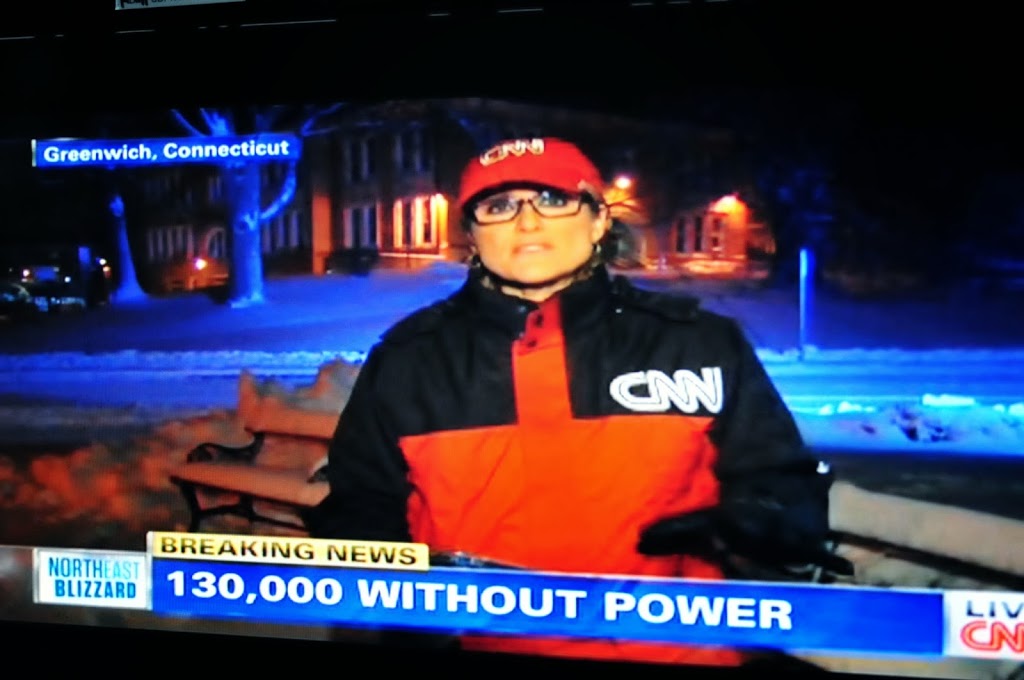 March- Hugo Chavez: When President For Life Hugo Chavez died in March, we were on the ground in Caracas less than 24 hours later for live coverage of his funeral. 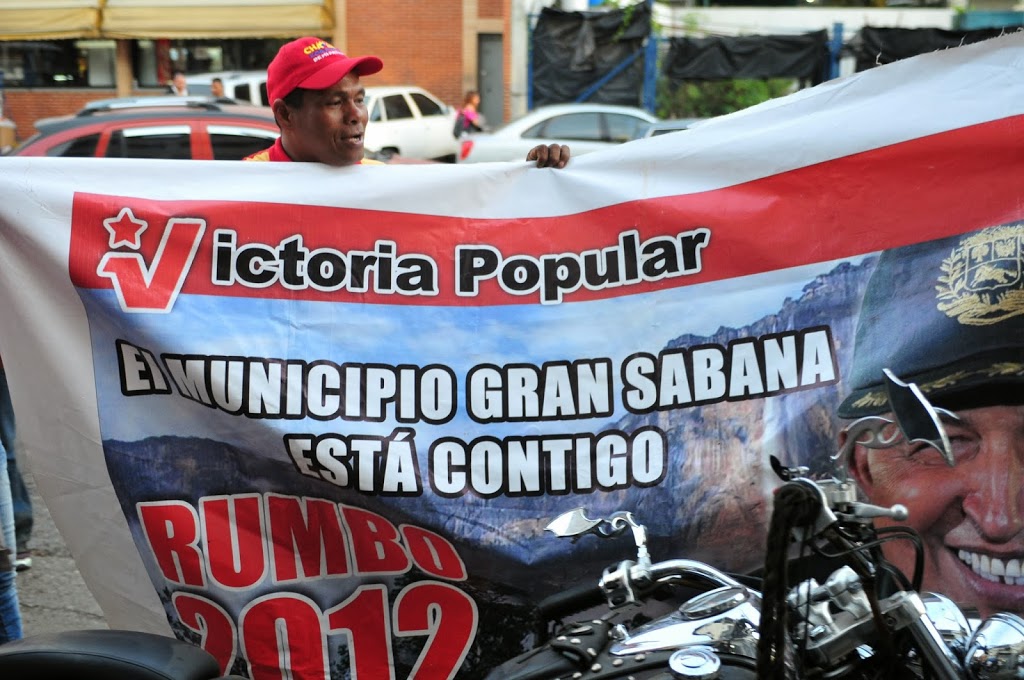 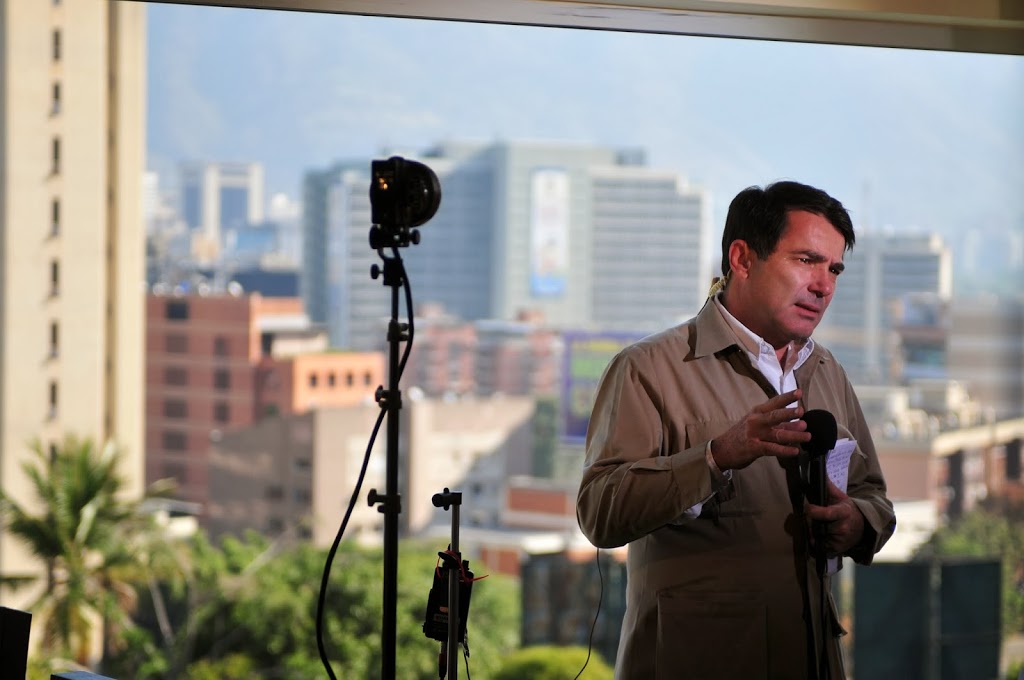 March- Buenos Aires:  Less than 2 weeks after returning from Caracas, it was back on the road to cover the surprise election of Argentinian Bishop Jorge Bergoglio to be the next Pope.  As a secondary live position behind Rome, our coverage from his hometown allowed plenty of down time to enjoy the cosmopolitan city and their famous Italian-Latin cuisine. 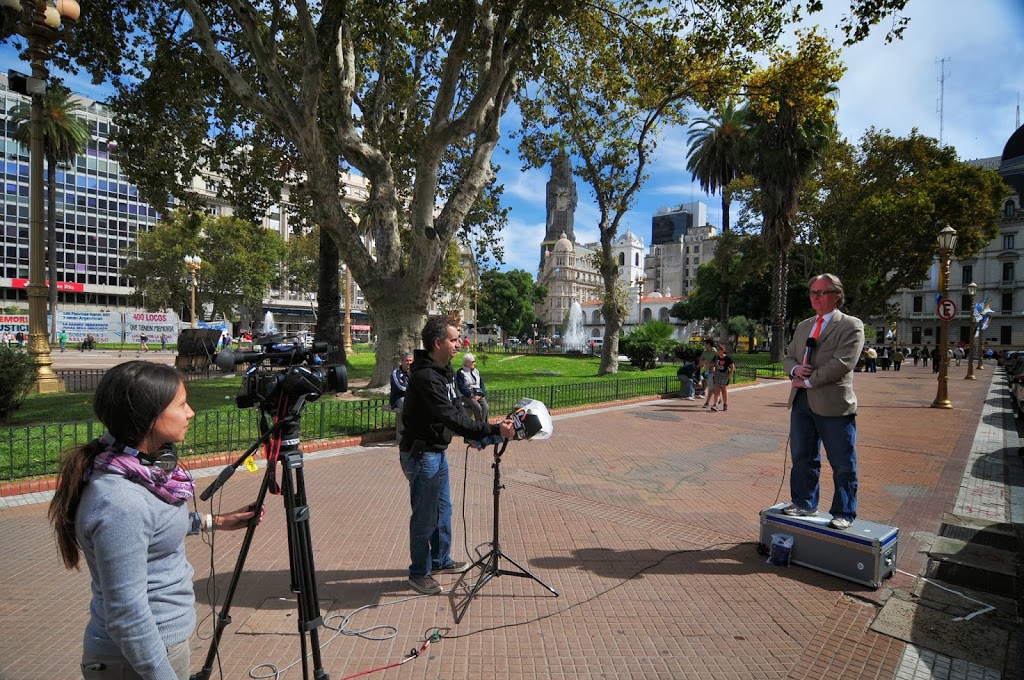 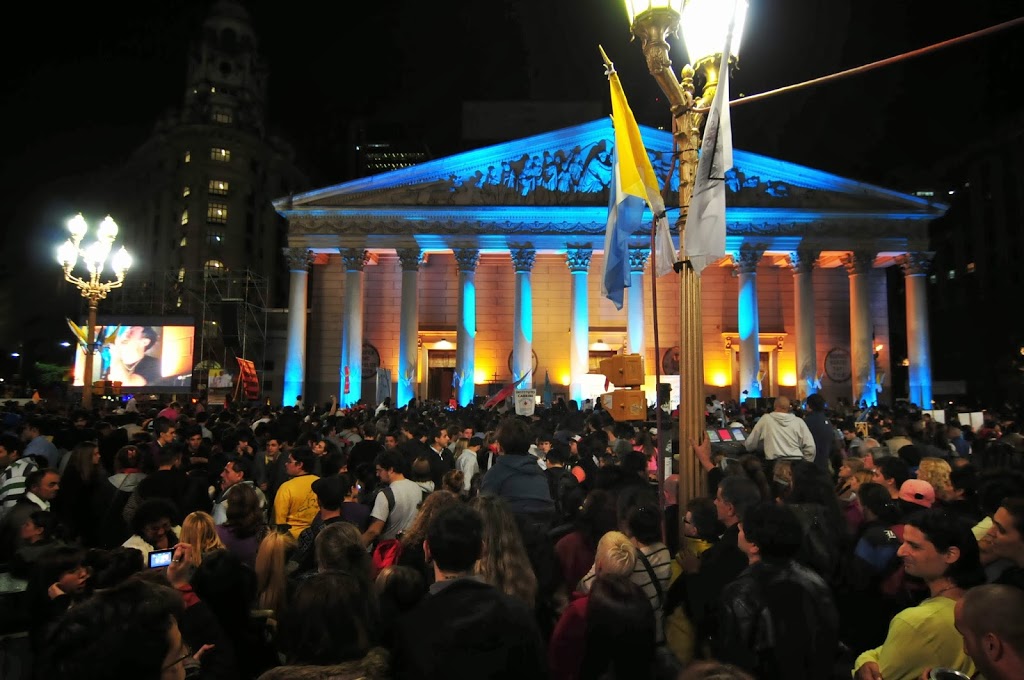 On the last night a large street festival was held in front of the church with screens showing local celebrations mixed in with a live feed from Rome of the ceremony, which due to the time difference was around 1AM local time.  Not a problem for the locals who prefer to eat dinner at 10PM!

April-  Cherry Blossoms:  Japanese national broadcaster NHK first did a large 4 camera show at the start of the Cherry Blossom festival, but due to a cold snap the blossoms did not show up on schedule so a smaller operation was done two weeks later in April.  The first shoot involved NHK’s stand-alone switcher pack (complete with camera control units) in the satellite truck, the second was a scaled down portable feed using a small gasoline generator and the COFDM HD microwave link to the Clocktower. 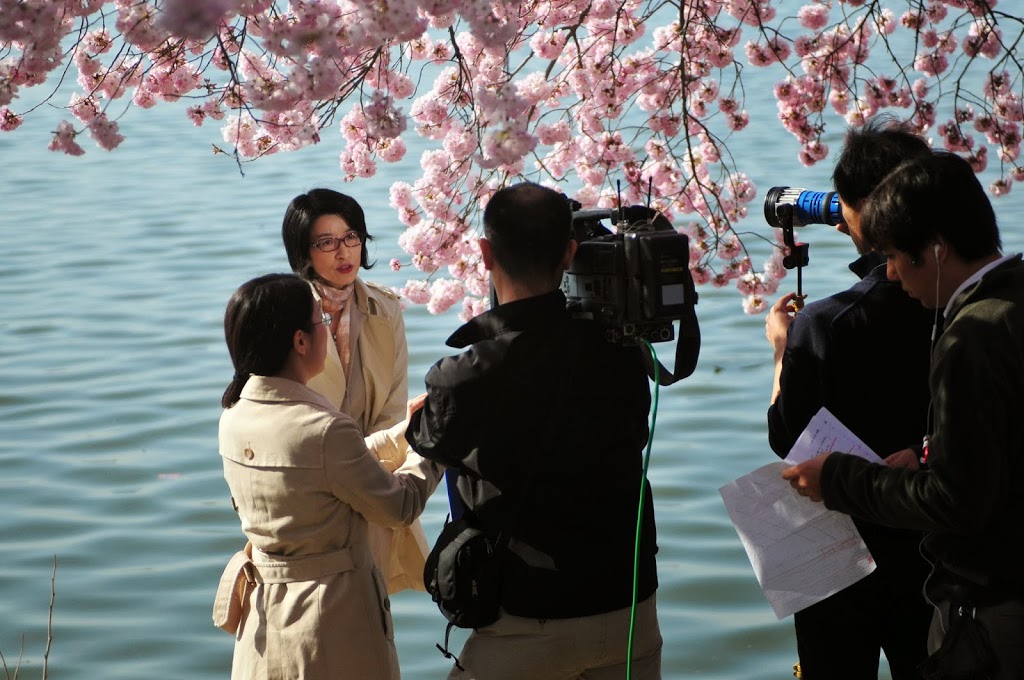 May-  Live Surgery in 3D:  We were proud to be involved with the first-ever live 3D surgery broadcast at the AUA Conference in San Diego California.  Read more about this milestone broadcast here. 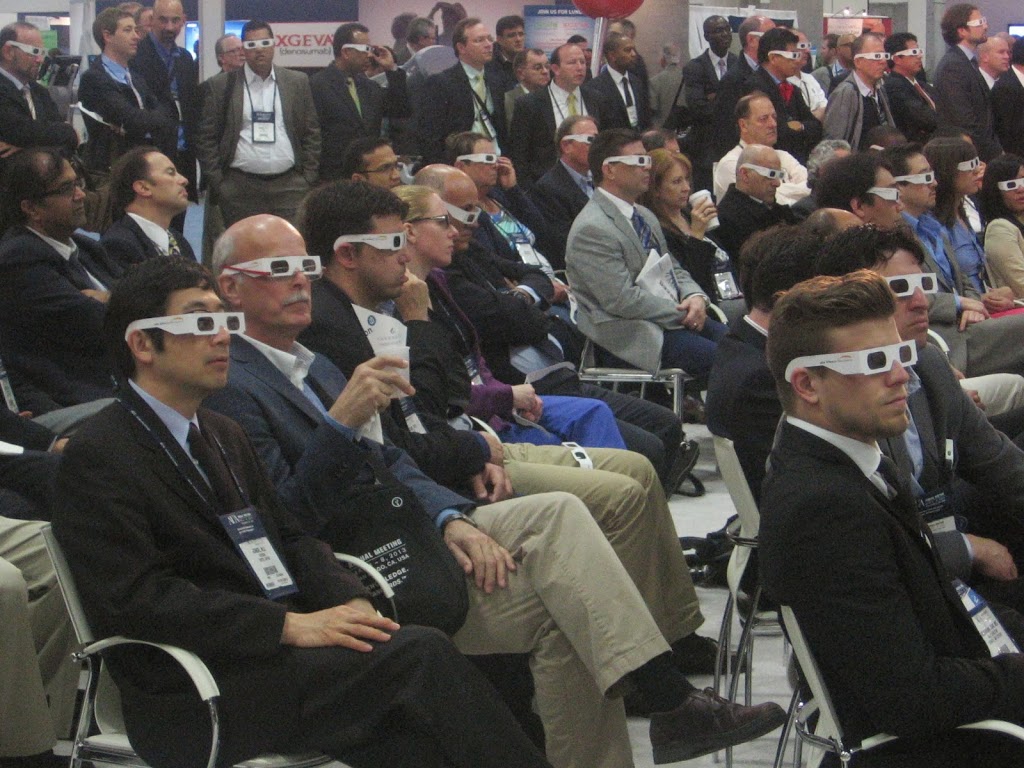 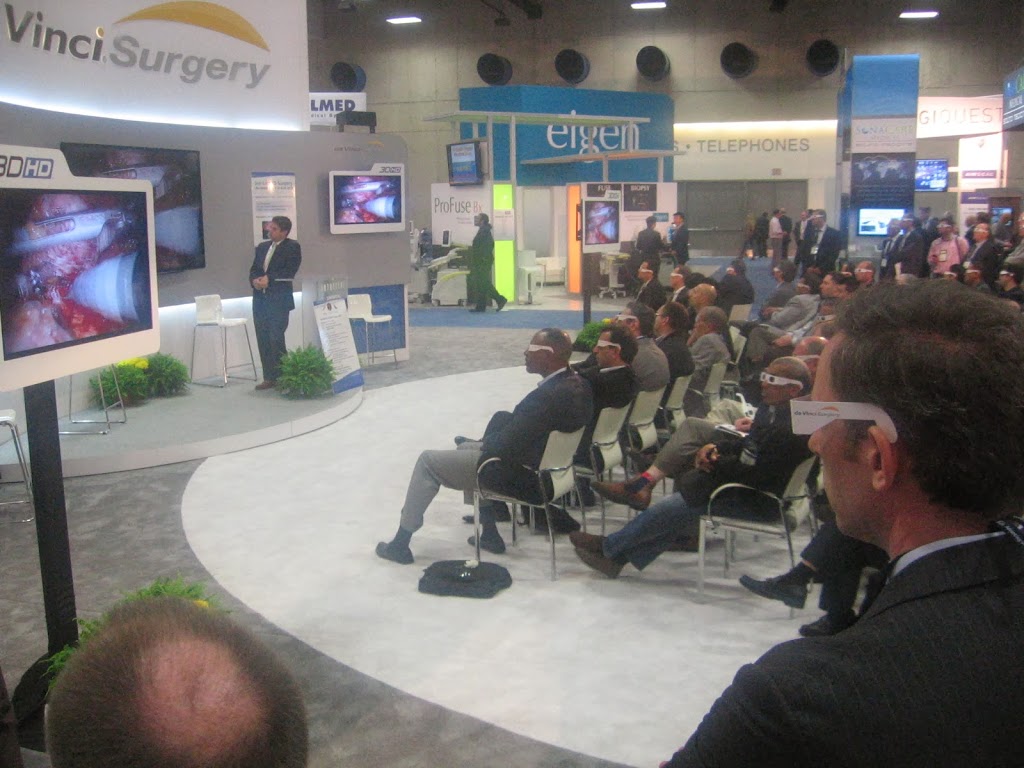 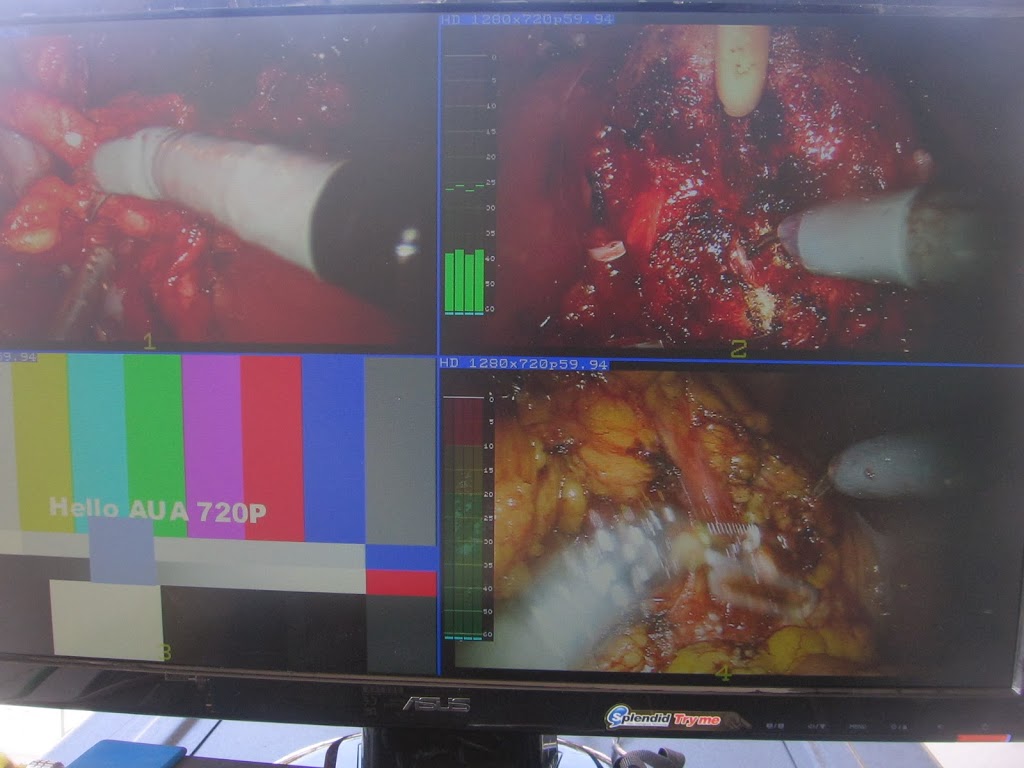 June-  US-Germany International Friendly:  DCI provided live shots for German broadcasters covering the International Friendly soccer match between the Deutscher fußball-bund (German National Team) and the US National Team.  We did live interviews with the coach and players at the team hotel, and the next day outside the stadium in Washington.  Our teleport also handled the trans-Atlantic satellite turnarounds.  The US team won a surprise 4-3 victory over the Germans, who claimed their best players were at home for the club team championship game.  We will see them again in Rio this summer for the World Cup! 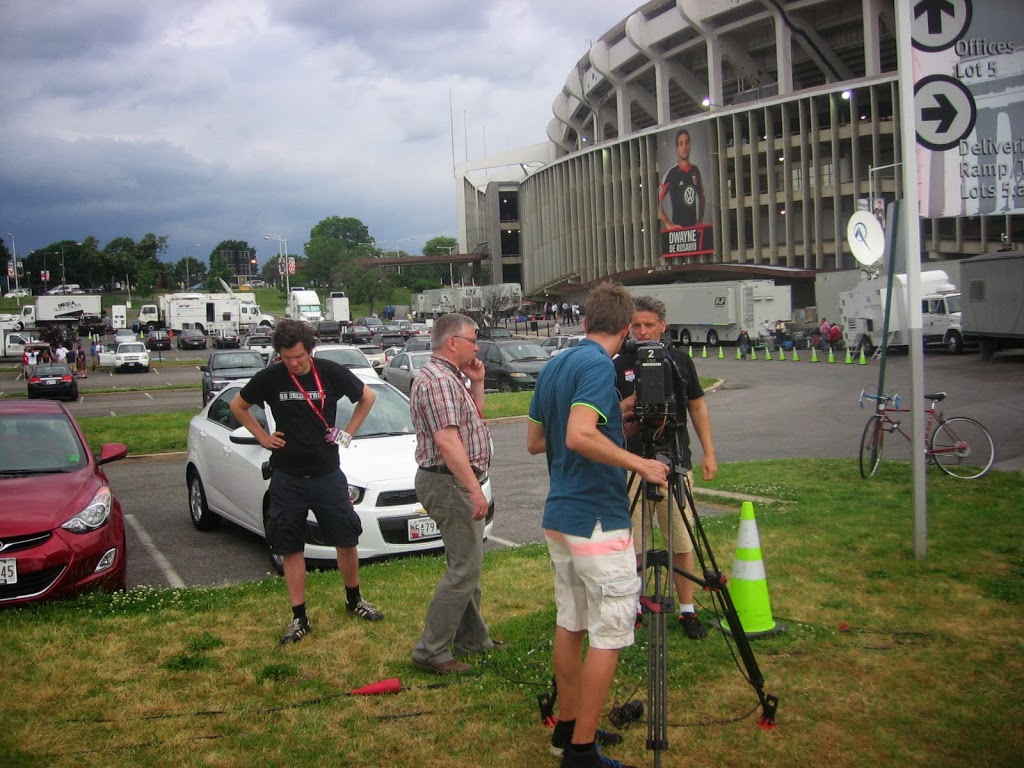 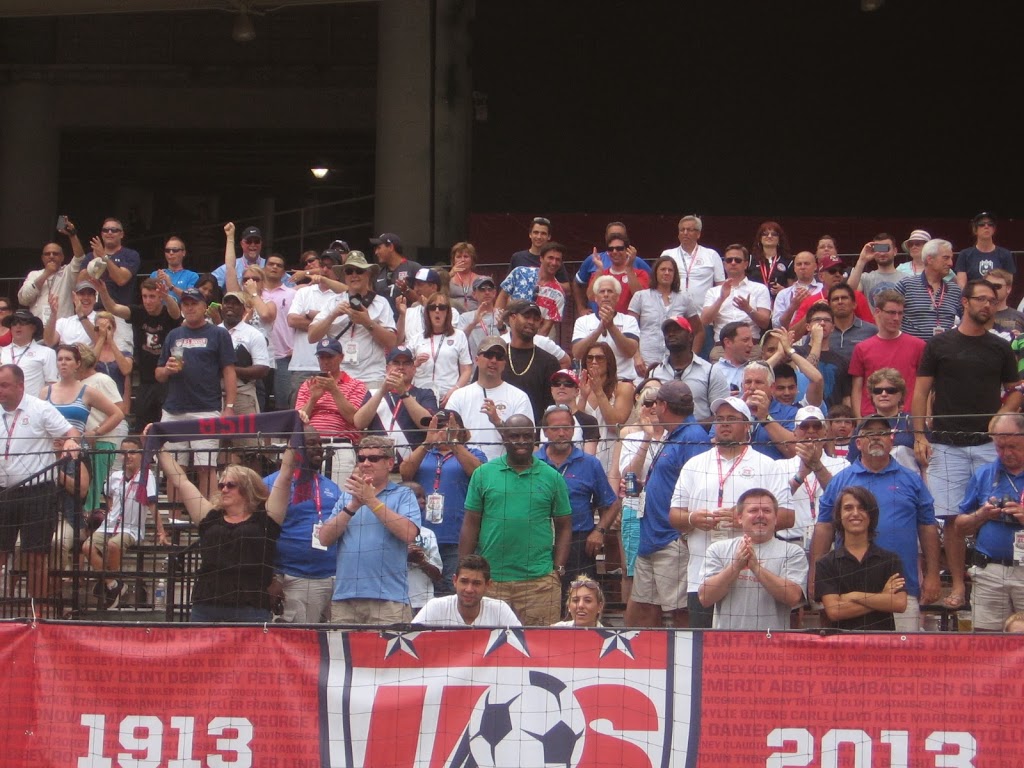 July-  150th Anniversary of the Battle Of Gettysburg:   DCI did two complete productions at the battlefield, including multiple cameras, teleprompter, graphics, set design, transmission and webcasting. 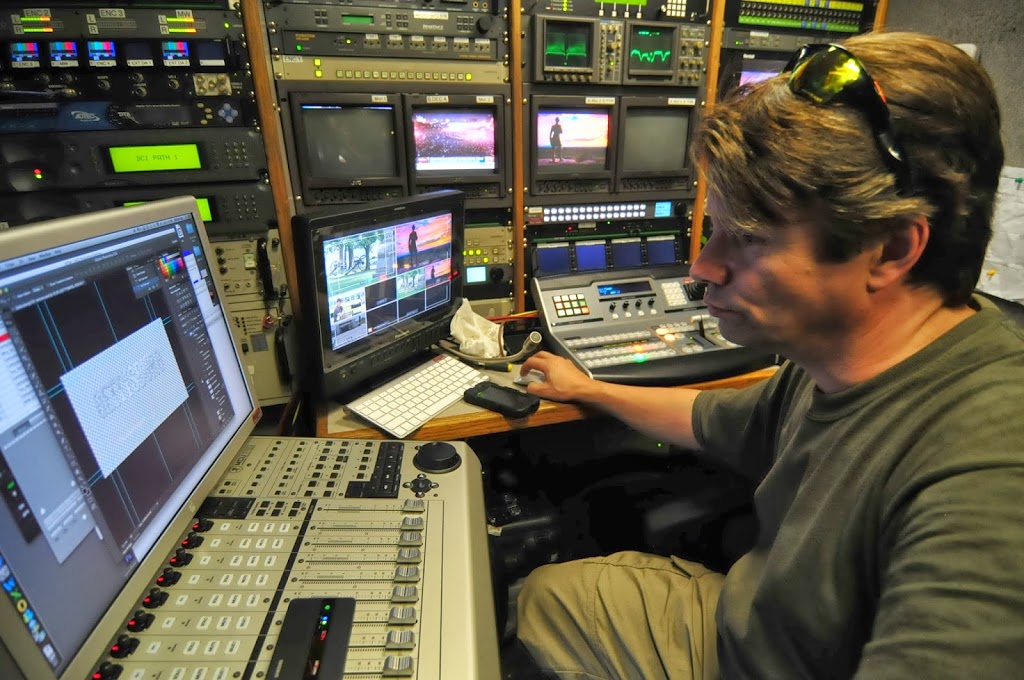 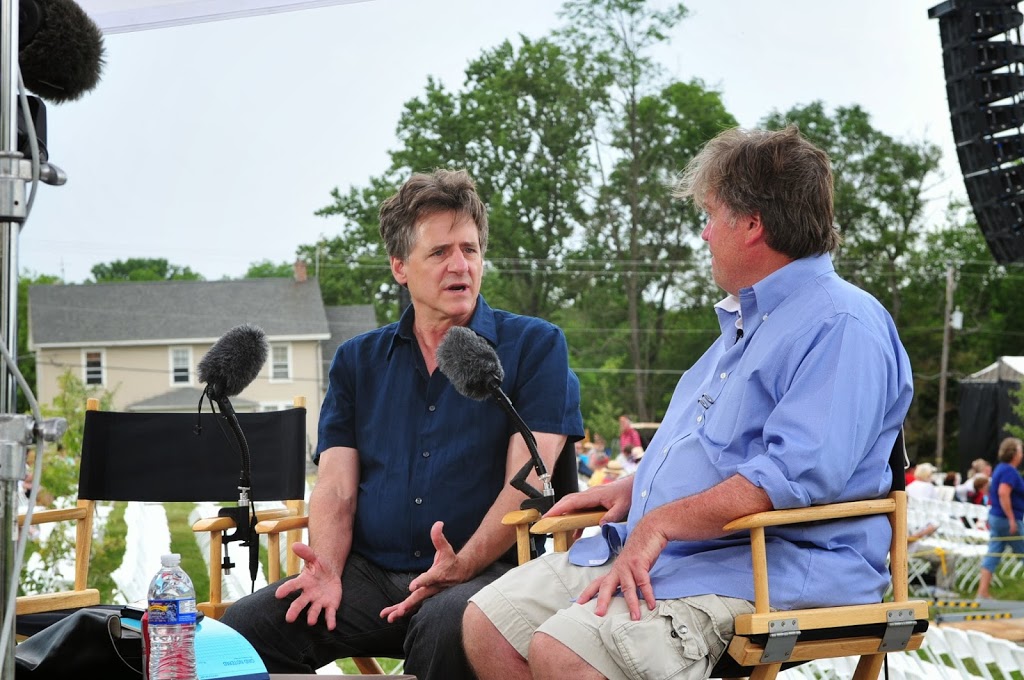 August-  US Treasury:  We were inside the White House compound for this live interview with Secretary of the Treasury Jack Lew. 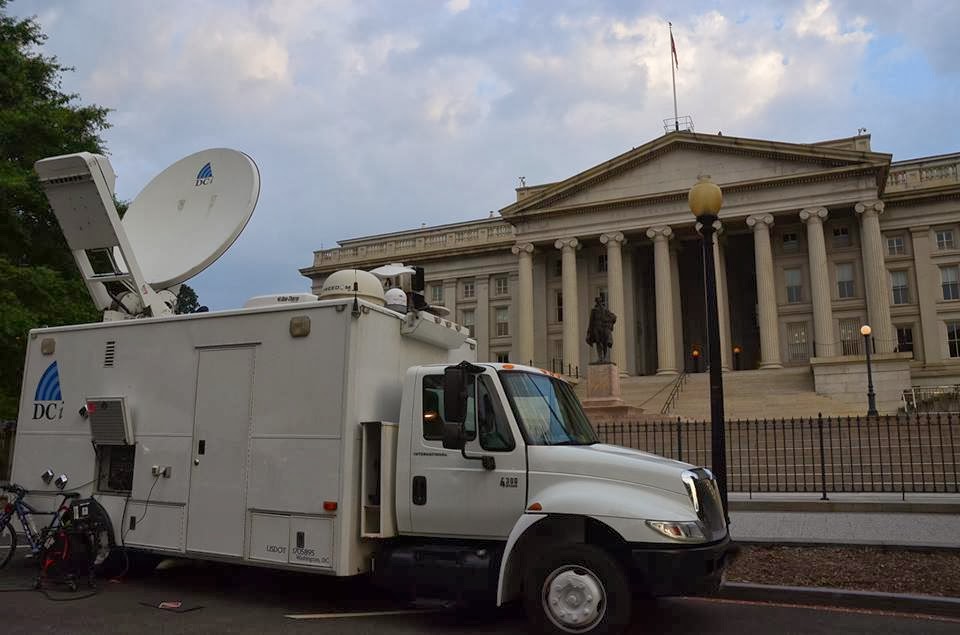 September:  Turkey/Syria Border:  Many long hours of travel for some quick shooting at the Syria/Turkey border for a Google Hangout with Secretary of State John Kerry.  The original plan was to microwave from across the border to a satellite truck on the Turkey side but that was not possible so we settled for feeding from the border crossing, where a truck bomb went off hours before the crew was planned to arrive. 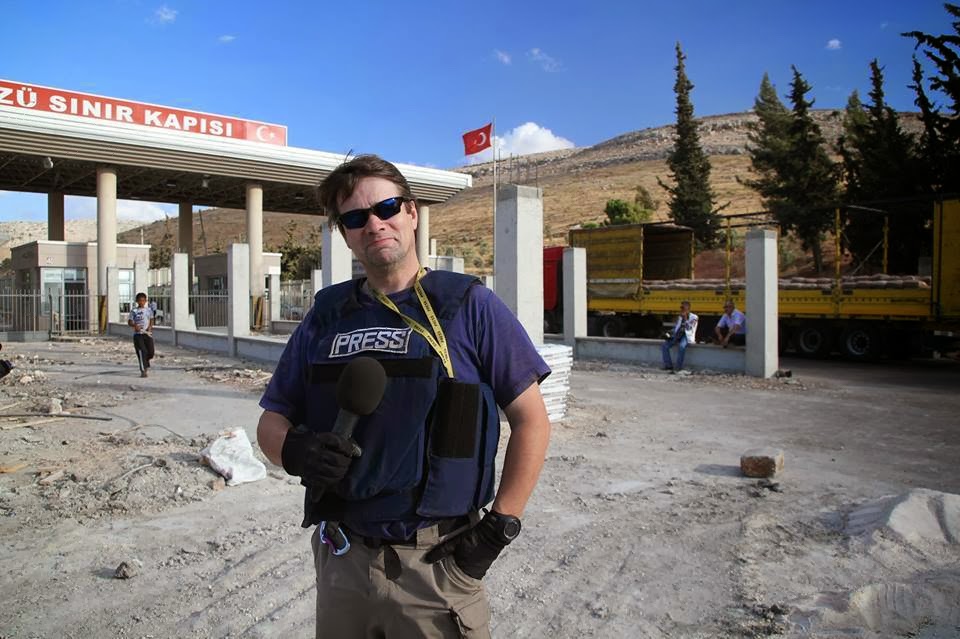 October-  NAB Training Class:  The National Association of Broadcasters holds an Uplink Operator’s Training course every year, and as the oldest operational satellite transmission company in Washington, DCI is often asked to do satellite truck demos for the break-out sessions to show the students a real-world uplink access.  This year NBC provided the truck and NAB asked us to demo our new flyaway antenna.  The antenna was assembled and disassembled about 6 times in the hot October afternoon for the different groups, a great exercise for its first deployment. 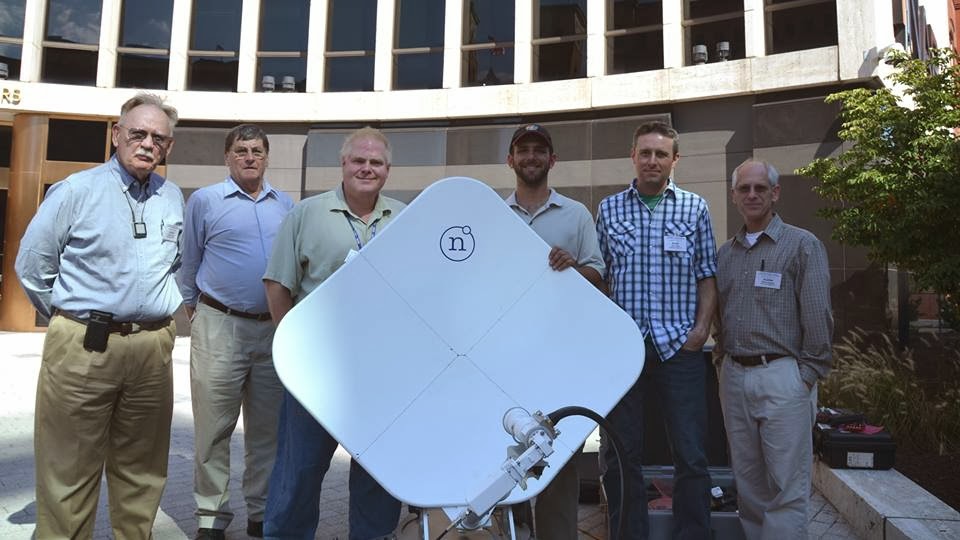 November-  ESPN Certification:  Our HD1 satellite truck traveled to ESPN Headquarters in Bristol, CT to undergo technical qualification for the network.  We are now certified to transmit sporting events for ESPN.  After the test we were given a tour of this impressive broadcast facility and teleport, which handled over 79,000 feeds in 2012! 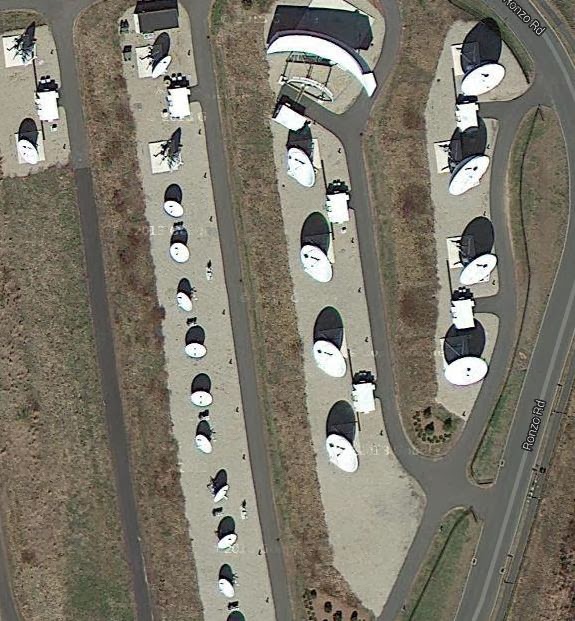 December- Nelson Mandela:  DCI Teleport brought in multiple feeds from South Africa for various clients including a Google Hangout event and all of the feeds for CBS Network 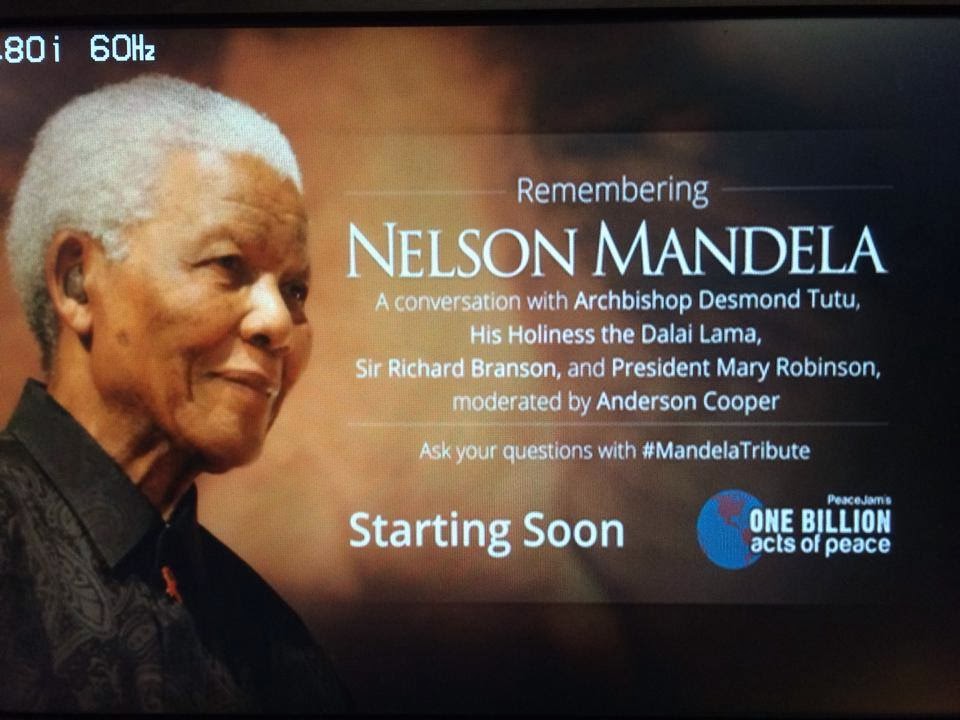 We are looking forward to another great year!  To see how DCI can assist with your video projects or satellite needs, please contact us.